How does Zelle make money? 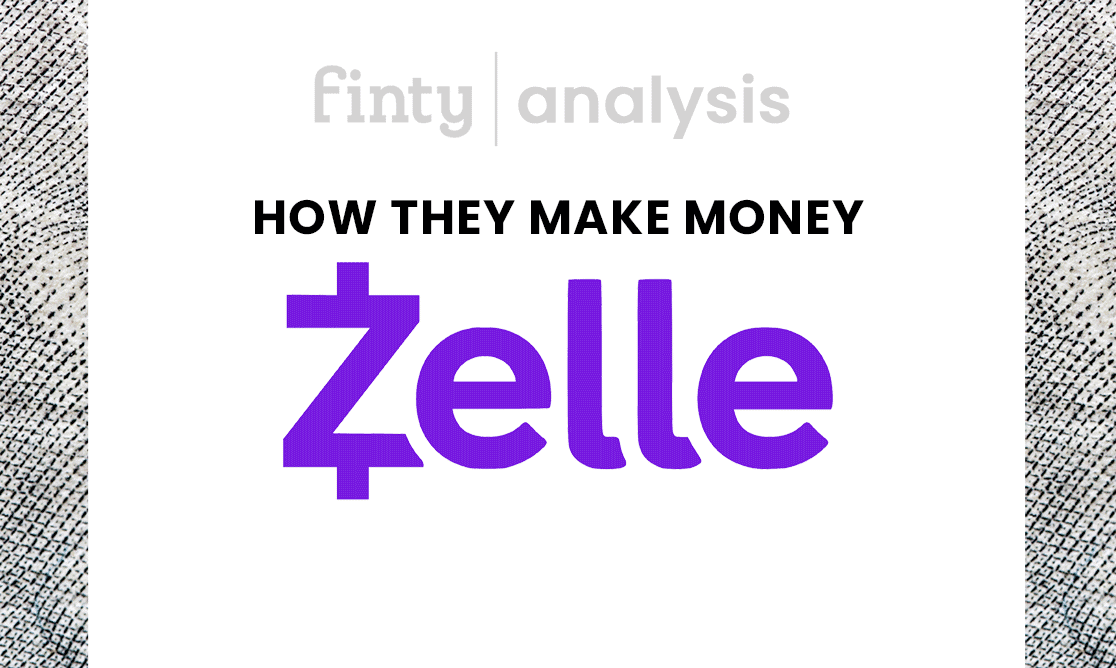 Are you wondering how Zelle makes money? This peer-to-peer payment network enables its users to send money fast to family and friends. We explain everything you need to know about how Zelle earns.

Launched in 2017, Zelle has over 924 banks participating in its payment network. In 2020, Zelle facilitated over $307 billion in payments, earning its network partners impressive revenues from its service.

What does Zelle do?

Zelle is a P2P payment service facilitating transactions between platform users. It is owned by Early Warning Services, a private financial services company owned by the Bank of America, BB&T, Capital One, JPMorgan Chase, PNC Bank, U.S. Bank and Wells Fargo. Zelle allows users to send people money directly from their bank account without the need for a bank wire.

After a fast and simple registration process, users download the app and use it to send money to anyone registered on their payment network. The service is only available to US bank account holders.

The Zelle payment network is also available within its partner bank apps, such as those from Chase or Wells Fargo. For users to transfer money, they must enter the recipient's cell phone number and email address. Transactions are fast, with funds reflecting in the recipient's account in minutes.

How does Zelle work?

Zelle initially started as "ClearXchange," founded in 2011 by the Bank of America, JP Morgan Chase, and Wells Fargo; Zelle was the banking industry's answer to the popular payment apps Venmo and PayPal. However, after its launch, Zelle was somewhat slow, with a clunky interface.

Some users would complain that the app would take up to 5 days to process a payment and reflect in the recipient's bank account. Only a few banks worked with the app, and Zelle only worked with partner bank apps.

The company changed its approach in 2016, with the banking consortium selling the app to Early Warning, owned by another banking consortium. Early Warning put in the development work the app needed to meet the demands of the payment market, rebranding to Zelle. The Zelle platform launched in 2017, rolling out to 30 partner banks in its network.

As a result, the app gained 100 million users right away, allowing for rapid adoption in the retail payment app market. Early Warning embarked on an aggressive marketing campaign, spending $1 million for a single TV ad to promote the app.

To simplify the interface and user experience with Zelle, Early Warning standardized its offering and platform interface across all banks. In the platform's early days, the app showed huge growth in the millennial and baby boomer markets.

Since the app facilitated digital payments without the need to migrate outside of their bank account, Zelle gained rapid popularity for its security and ease of use. Just two years after its launch, Zelle claimed the top spot as the industry leader in P2P payments.

Zelle makes money by facilitating payments with banks. However, the company doesn't have an independent revenue stream right now. Whenever a user utilizes Zelle to make payments, participating banks on the platform earn revenue.

One of the interesting things about the Zelle model is that the company doesn't generate revenues independently. Owned by a consortium of banks through its parent company, Early Warning, Zelle facilitates these payments without charging the banks a third-party fee.

As a result, consumers benefit from low-cost P2P money transfers without paying commissions and fees to a third party running the app. The company's mission statement intends to keep the app free of cost for the foreseeable future.

In 2018, Zelle launched another function in the app, allowing users to pay merchants for purchases such as groceries. The merchant pays a 1% fee for processing the payment, with the fee going to the bank running the payment network.

We expect that Zelle may introduce a debit-card system similar to Venmo, allowing users to pay for goods and services at any retailer. While there is no official data to support this claim, we imagine Early Warning charges the banks for maintaining the Zelle app.

Zelle continues to grow rapidly, with the US population rapidly moving towards digital methods for making payments. The convenience of using Zelle through the user's bank account makes it a convenient and useful alternative to its competitors.

More than 100,000 Americans sign up for Zelle every day, with the company's user base growing by an impressive average of 15% per quarter at the moment. It's clear that the real winners with the Zelle app are the banks.

One of the advantages of Zelle is that it's the only app linked directly to the user's bank account, providing a seamless way of sending money without the need to create a wire transfer. As a result, in 2020, facilitated 1.2 billion transactions for an aggregate $307 billion.

Another advantage Zelle brings to the table is curtailing the support and use of payment apps like Venmo and PayPal. Before the launch of Zelle, many banks saw a huge drop in demand for money transfer services. Zelle not only provides a convenient service for people with bank accounts, it also adds a new product that increases public awareness and trust in the traditional banking system.

Zelle competes with other firms in the P2P space. However, none of these competitors offer you a direct link to your bank account, where users can seamlessly transfer funds to third parties. Some of its top competitors include the following fintech firms.