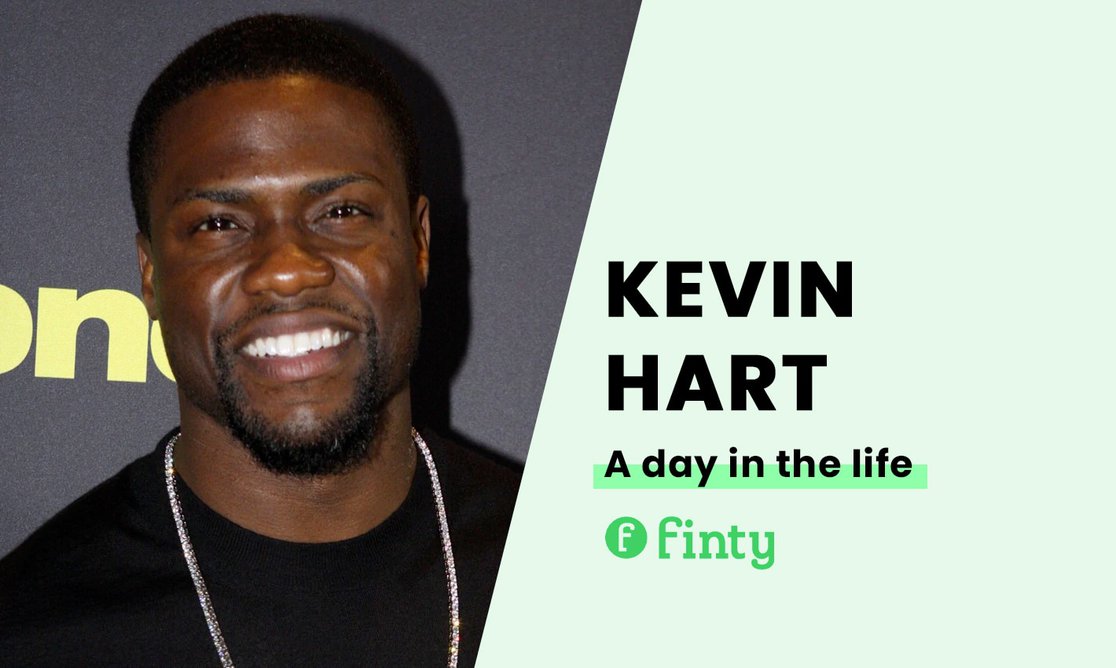 Kevin Hart is one of the leading names in standup comedy, and he's an accomplished actor as well. Born on July 6th, 1979, in Philadelphia, Kevin is one of the hardest working people in show business.

If he's not out on tour, he's inking business deals, writing books, or managing his production company. He maintains a good work / life balance and prides himself on being a good father to his three kids.

After graduating from high school, he immediately launched into his standup career and eventually started landing spots in some of the biggest clubs around New York and LA, including the Comedy Store.

Today, he leads a very busy life, juggling his time between business and family responsibilities. Let's take a look at the schedule of one of the hardest workers in comedy.

Kevin typically gets up between 5 am and 5:30 am, but admits he sometimes hits the snooze button repeatedly before eventually getting out of bed. He sets alarms three minutes apart to wake him up and hates sleeping in.

After waking, he takes a shower before breakfast for his first meal of the day. A typical breakfast consists of turkey bacon and egg whites, giving him all the protein he needs to fuel the recovery from his grueling workouts. He has cup of coffee — black with no sugar — during the morning to wake him up and focus on the day ahead.

When he's feeling energetic and doesn't need the caffeine kick, he'll skip the coffee and have some tea instead. The comedian says coffee is harder on his voice, and tea is his preference if he has a show later that night.

At around 8 am he will begin a workout session in his fully-equipped home gym, often joined by his wife or kids. After his workout, Kevin will have a post-workout shake to help his body recover.

Next he will have a shower and drive to the office, where he starts his afternoon schedule.

He often needs a pick-me-up in the afternoon — especially if he was out late the night before — so he may grab a coffee from Starbucks (even though he insists he hardly drinks it).

Kevin spends most of the day out of the house doing business and returns home between 4 pm to 6 pm, depending on his schedule.

Dinner is usually around 7 pm. He prefers eating proteins and fats in the evenings, avoiding carbs as much as possible. On occasion, he might have a glass or two of red wine after dinner.

With dinner over and the kids in their beds, he relaxes with his wife, Eriko, until bedtime at around 11 pm. If he’s enjoying a movie, he may stay up a little later, but he normally aims to get at least 6 hours of sleep each night.