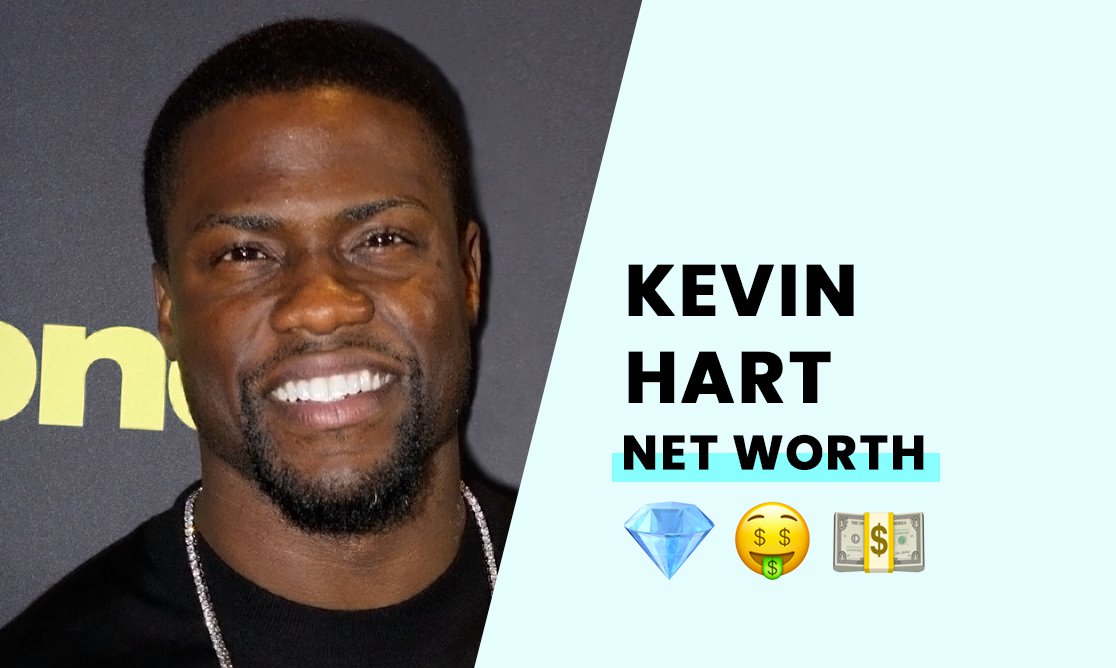 The estimated net worth of Kevin Hart is $200 million.

The actor, comedian, and entertainer earned $90 million from movies, tours, merchandise, and endorsements from August 2015 to August 2016.

Born on July 6, 1979, in Philadelphia, Pennsylvania, Kevin Hart is the son of Nancy Hart. He never knew his father.

Kevin has an older brother, Robert, and the boys grew up under the care of their mother. She worked as a systems analyst for the University of Pennsylvania in the Office of Student Registrations and Financial Services.

Hart attended George Washington High School, graduating with his diploma in 1997. Kevin went on to study at the Community College of Philadelphia for a brief stint, dropping out to pursue a career in standup comedy.

He moved to Boston after launching his career in New York City. Kevin worked as a shoe salesman before he found his fortune in comedy.

How did Kevin Hart build his net worth?

Kevin Hart built his fortune as an entertainer. He has many Hollywood films under his belt and a successful career as a standup comic. Between the months of June 2017 and June 2018, Hart earned $60 million in fees.

He kept the ball rolling, earning another $60 million the following year and $40 million in 2019. Hart shot to international success after appearing on Comedy Central with his special "I'm a Grown Little Man" and "Seriously Funny."

His success saw him land roles in the Hollywood productions "Soul Plane," "The 40-Year-Old Virgin," and "Little Fockers." Kevin is one of the hardest-working men in Hollywood, appearing in many films and TV shows while touring the world as a standup.

Kevin's box office success is nothing short of staggering, with his films grossing more than $1.3 billion at the box office. Kevin is an entrepreneur, launching his underwear line in partnership with Tommy John in 2017.

The comedian's "What Now?" tour featured 168 shows between April 2015 and August 2016, and his 2019 "Irresponsible Tour" grossed more than $70 million. He frequently tours with other comedian superstars like Dave Chappelle and Joe Rogan.

While he views himself as a comedian, most people know Kevin Hart through his films. He also attempted to break into a music career under the rapper name, "Chocolate Droppa."

Kevin attributes his success to his work ethic. He says that he needs to fill his daily schedule, and he also has a reputation for scheduling his time in 5-minute segments. As one of the hardest-working men in Hollywood, Kevin continues making movies and touring with his standup career.

How rich is Kevin Hart?

With a wealth of $200 million, Kevin Hart is one of the richest entertainers in the world. He continues to grow his net worth through comedy and films.