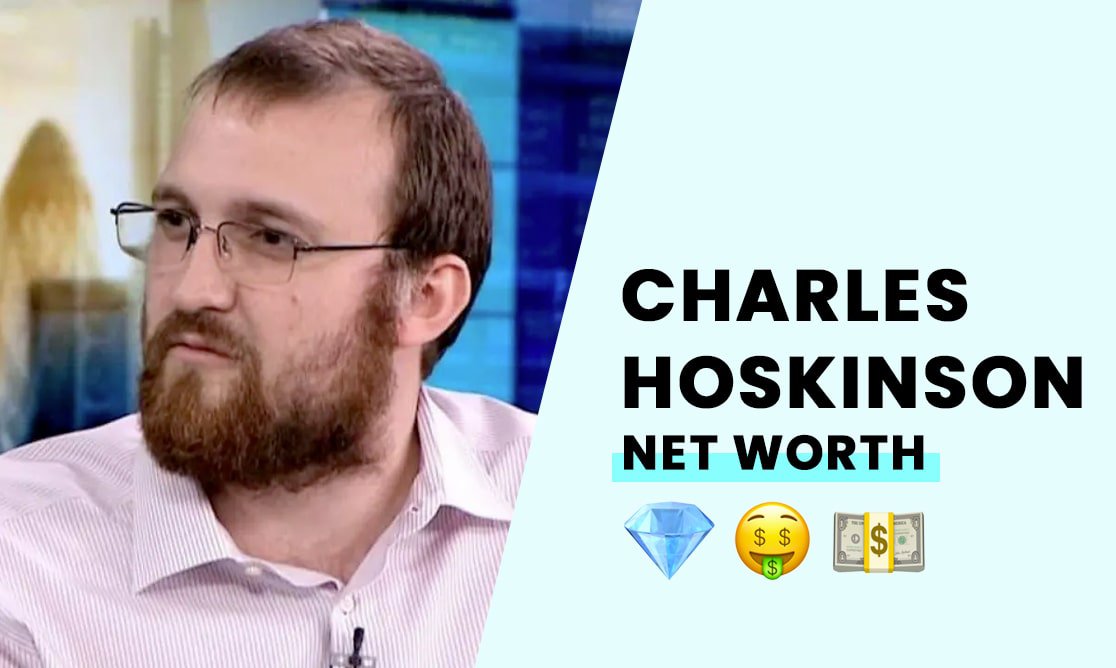 The estimated net worth of Charles Hoskinson is $580 million.

He is best known as the founder Cardano (ADA) and also the co-founder of Ethereum (ETH), both very successful cryptocurrencies. These days his name is most often attached to Input Output Hong Kong (IOHK), among other ventures.

Charles was born on November 5, 1987, in Hawaii. He comes from a family of doctors but opted to focus on finance over medicine. He grew up like most boys of that area and had a good relationship with his family and his siblings.

He was a dedicated student, and though he did not follow the family trend of becoming a doctor, he was nonetheless successful in his chosen path.

Hoskinson went to school first at the Metropolitan State University of Denver and then attended the University of Colorado in Boulder where he got a MA. He started his Ph.D. but left the university before its completion.

How did Charles Hoskinson build his net worth?

Charles Hoskinson has carved out a niche in the crypto world — a pretty large one at that.

He has been at the foundation of three crypto startups, Cardano, Ethereum, and Invictus Innovations. He has a strong business acumen paired with a high level of enthusiasm, allowing him to shine in the finance world.

Charles' path to wealth began as a business consultant. He quit his job in 2013 to pursue crypto on a full-time basis. Hoskinson was a firm believer in the potential of Bitcoin and subsequently launched the Bitcoin Education Project. It was through this This online school that he eventually met Vitalik Buterin.

Before their meeting, Buterin had been working on his vision for a decentralized, censorship-resistant blockchain. Hoskinson is recorded as one of the co-founders of the Ethereum blockchain alongside Buterin, Gavin Wood, Anthony Di Iorio, and Joseph Lubin. Ethereum is the second biggest cryptocurrency by market cap, after Bitcoin itself.

Hoskinson eventually left Ethereum in 2014 due to disagreements about the project's open-source, non-profit structure. Hoskinson's proposal to make Ethereum a pro-profit organization faced backlash from other founding team members.

Although he lost out on Ethereum's massive market growth, he went on to establish IOHK and Cardano with Jeremy Wood in 2015. The company now has 400 remote employees worldwide, and Cardano also has its own native coin.

Charles Hoskinson comes from a family with a medical background and although he chose to follow a path of math and finance, he takes some lessons with him. The slow, methodical, and intensive research process is equally effective in the field of math and finance. He uses it to look for new angles on the market while also planning more moves for the future of cryptocurrency.

How rich is Charles Hoskinson?

According to the most recent figures, he has an approximate net worth that lands between $500 and $600 million depending on the spot price of Cardano and Ethereum.