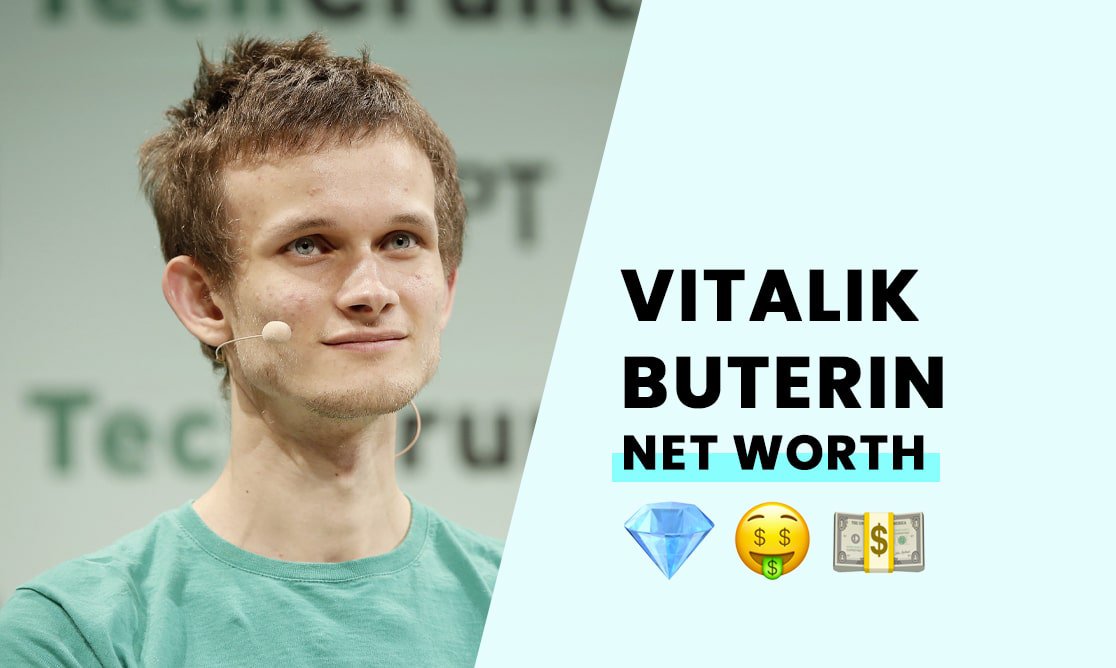 The estimated net worth of Vitalik Buterin is around 290,000 ETH, valued at approximately $450 million as of November 2022.

Born in Kolomna, Russia, Vitalik Buterin is the son of Dmitry and Natalia Buterin. His father was a computer scientist, and Vitalik lived in Russia until he was six. His parents immigrated to Canada to give him a better life away from Russian influence.

During third grade, Vitalik was pulled from regular classes to attend classes for students gifted in math and science.

Buterin attended Abelard School, a private school in Toronto. Buterin had his first encounter with Bitcoin at age 17 while attending the University of Waterloo. Interestingly, his father introduced him to the world of crypto.

Vitalik studied advanced courses in cryptography at school, earning a position as a research assistant for Ian Goldberg, the co-creator of Off-the-Record Messaging. He was also the former chairman of the Tor project.

Vitalik won a bronze medal in the 2012 International Olympiad in Informatics. He used his success to collaborate will other developers around the world. He would return to Toronto to write his white paper for the Ethereum blockchain.

Billionaire Peter Thiel's 'Theil Fellowship' offered Vitalik a $100,000 grant in 2014, causing him to drop out of university to start working on Ethereum full-time. In 2018, Buterin received an honorary doctorate from the Faculty of Business and Economics of the University of Basel.

How did Vitalik Buterin build his net worth?

Buterin published the Ethereum white paper in November 2013. Buterin announced the launch of Ethereum at the North American Bitcoin Conference in Miami on 26 January 2014, delivering a speech to the crowd about the potential for Ethereum and its functionality. He launched Ethereum with help from co-founders Charles Hoskinson, Gavin Wood, Anthony Di Iorio, and Joseph Lubin. Although the co-founders each made a fortune from Ethereum, Buterin made the most.

He revealed the address of his wallet with a tweet in 2018. Buterin moved most of his ETH from his public address to another wallet in May 2022. He now holds about 290,000 ETH across both wallets.

For anyone more interested in his wallet setup, Vitalik goes into some detail about it in this conversation with Lex Fridman.

Vitalik had a wild ride during 2021 as far as his net worth was concerned.

At one point — before donating or burning — Vitalik held 505 billion SHIB, 50 billion AKITA, and 500 billion Dogecoin, worth billions at the time.

If you've ever watched or listened to Buterin give a talk or interview, it's readily apparent that he is an exceptional individual with an almost alien-like focus and intellect.

Buterin says he likes to focus on his work and block all distractions. He says his deep work sessions find him exploring code and its influence on his life. He also mentions that he is grateful for meeting so many gifted people on his way to founding Ethereum.

How rich is Vitalik Buterin?

With an estimated net worth fluctuating around $1.5 billion, Vitalik Buterin is the founder of the Ethereum blockchain and one of the biggest names in crypto.

Is Vitalik Buterin a billionaire?

Sometimes Vitalik Buterin is a billionaire. At the peak of the 2021 crypto bull market, Buterin was worth around $1.5 billion. Since his net worth is mostly in crypto, his status as a billionaire fluctuates considerably (unlike other billionaires whose wealth is in more traditional holdings such as stock and real estate).

How many ETH does Vitalik Buterin own?