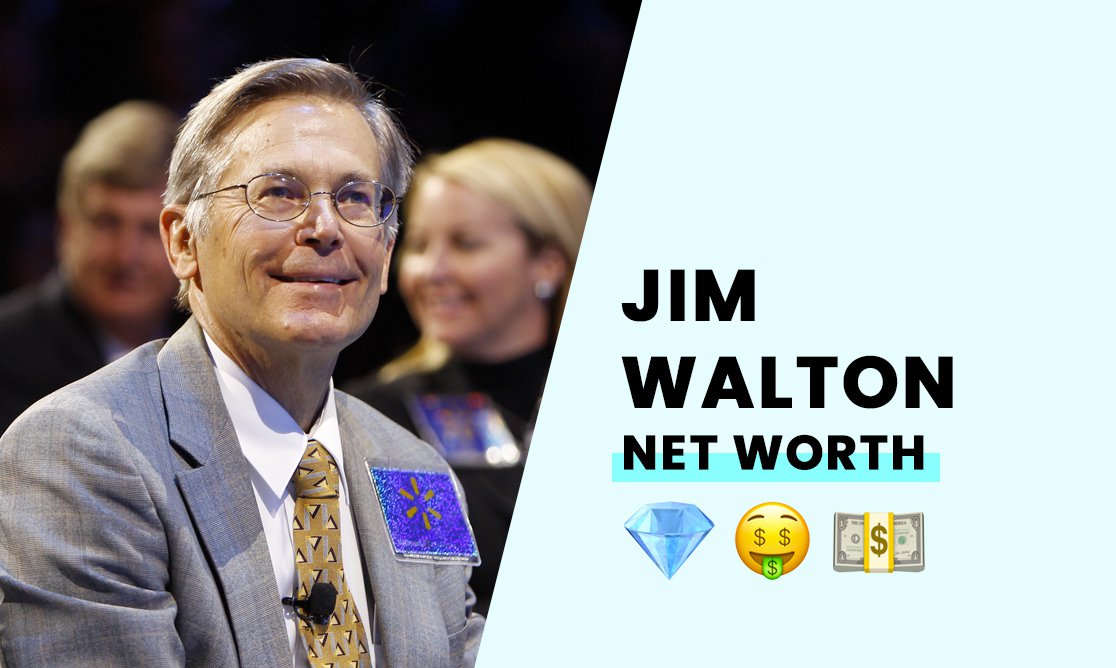 The estimated net worth of Jim Walton is $61 billion.

Jim is most known for being the heir to the Walmart empire. Walmart is the world’s largest retailer and has offices, subsidiaries, factories, and more all over the world. Jim is currently ranked as the 18th richest person on the planet.

Jim is the youngest child of the original co-founder of Walmart, Sam Walton. He grew up with his siblings, Rob Walton, Alice Walton, and the late John Walton. He played football in high school at the all-state level and even became a novice pilot.

Jim graduated in 1965 from Bentonville High School and went on to obtain a BA in Business Administration. He graduated in 1971 from the University of Arkansas in Fayetteville, Arkansas. He had above-average performance in his classes. During his college years, he was also a part of the Lambda Chi Alpha fraternity.

How did Jim Walton build his net worth?

Jim Walton inherited his wealth from his father, the founder of Walmart. Upon graduation, he started working with the company on the real estate side of the company. He stayed in the property wing for four years and then became president of Walton Enterprises in 1975. Jim did not take over Walmart board operations until his brother died in 2005. He is on two of the Walmart committees, specifically strategic planning and finance.

Walton was also CEO of the family bank, Arvest Bank, until he transitioned into a chairmanship position. He also helps run the Walton Family Foundation in conjunction with his surviving siblings. The bulk of his wealth comes from family-owed legacy shares in Walmart. The last calculation listed Jim as owning just over 152 million shares in the company. The approximate value of those shares tops out at $12 billion as of 2021.

Although he is heir to a massive fortune, there are some controversies surrounding the company. Workers are paid very low wages and there have been human rights abuse claims in their supply chain. One of the larger claims was the Rana Plaza collapse in Bangladesh in one of their contracted factories. Hundreds of people died, and thousands were injured. Walmart denied any liability.

How Rich is Jim Walton?

How much is Jim Walton worth? A cool $61 billion which is more than the net worth of several countries. His wealth grows in line with Walmart stock prices.