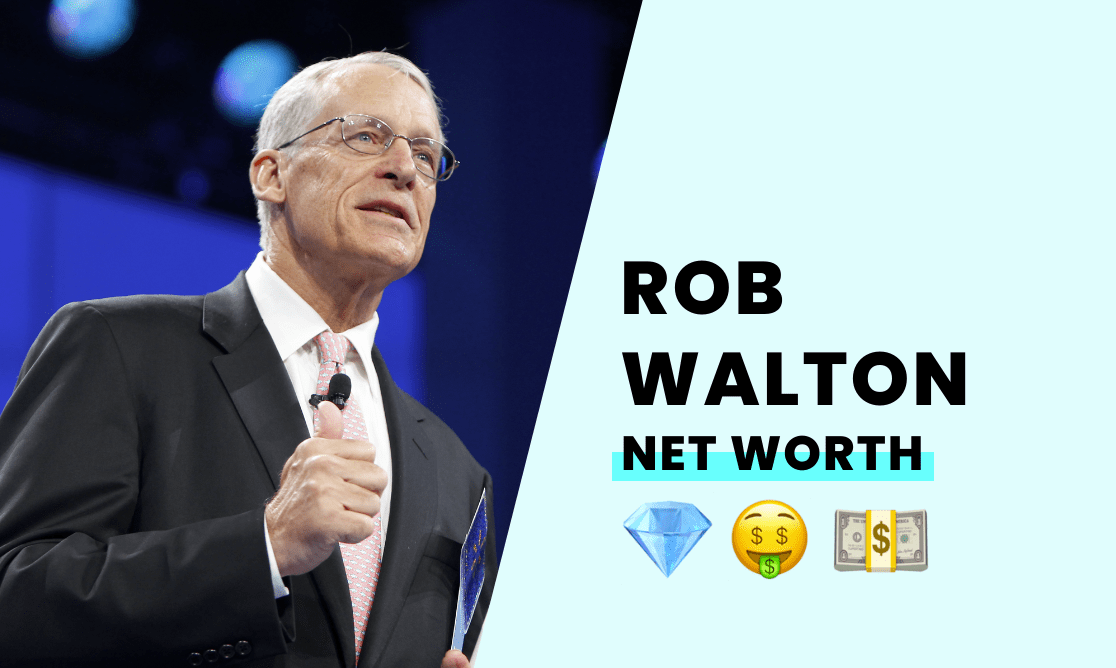 Rob Walton's estimated net worth is estimated at approximately $61 billion.

Samuel Robson Walton came into the world on October 28, 1944. He was the eldest child of Sam and Helen Walton. Sam, the co-founder of Walmart, built an empire that made the family one of the wealthiest in the US.

Walton schooled at the College of Wooster. He subsequently moved to the University of Arkansas, graduating with a Bachelor of Science in Business Administration in 1966. He received a Doctor of Jurisprudence from Columbia Law University in 1969.

Rob Walton has been married three times. He had three children with his first wife, Patricia Rawlings, before they divorced in the 1970s. He and his second wife, Carolyn Funk, were married for 25 years until their divorce in 2000. In 2005, he married basketball coach Melani Lowman.

He is the eldest of four siblings. He has a brother, Jim Walton, and a sister, Alice Walton. His other brother, John Walton, passed away in 2005, aged 58.

How did Rob Walton build his net worth?

Rob Walton's net worth was inherited from his father's estate.

After earning his legal degree, Walton joined the Connor and Winters law firm. While there, he assisted with the Walmart IPO in 1970.

In 1978, Rob became a senior vice president at Walmart, focusing on growing Walmart's real estate. Rob was the man behind Walmart's international expansion.

He was promoted to vice chairman in 1982 and took the helm at Walmart on April 7, 1992, following his father's death. He remained in that position until he retired in 2005.

Rob Walton inherited 10% of his father's massive estate. His siblings got 20%, and his mother, 10% from an estate, set up to minimize estate duties.

How does Rob Walton spend his net worth?

Rob Walton's greatest love is vintage cars. He reportedly owns millions of dollars worth of the most expensive vintage cars, including several Ferraris and a Maserati.

He co-owns the sprawling Hualālai residential resort on Hawaii's Big Island with Michael Dell, the billionaire founder of Dell. He owns a mansion in Paradise Valley, Arizona, and a 33,000-square-foot plot of undeveloped land in Aspen, Colorado, which he sold for $30.8 million in 2022.

In 2022, a group led by Walton made the record books for the highest price paid for a sports franchise, paying $4.65 billion for the NFL's Denver Broncos.

Walton is also a generous donor. He and his siblings donated $2 billion to the Walton Family Foundation between 2008 and 2013.

How rich is Rob Walton?

Rob Walton is incredibly wealthy. His net worth stands at an estimated $61 billion, making him one of the wealthiest people in the world.

How did Rob Walton get rich?

Rob Walton inherited 10% of his father, the founder of Walmart, estate upon his passing. His mother, brother, and sister also shared in the inheritance.