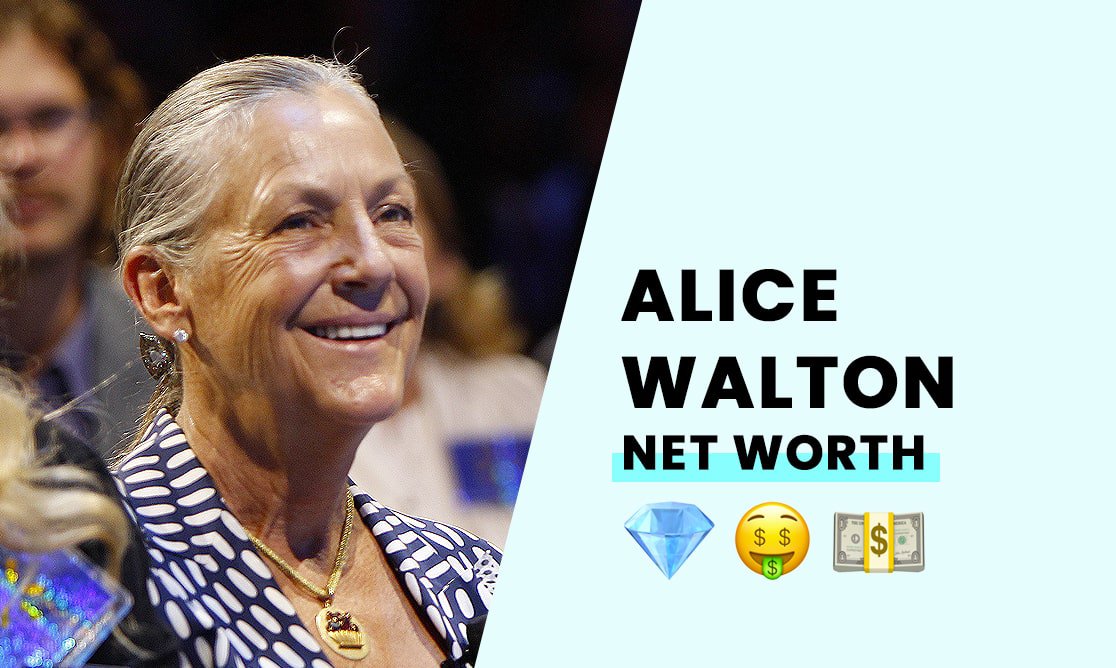 Alice Walton's net worth is estimated at $59 billion.

She is most known as the Walmart heiress and is the second richest woman in the world, ahead of Julia Koch and MacKenzie Scott.

Alice grew up with her three brothers in Bentonville. Her father, Sam Walton, was the founder of Walmart. She is the only daughter of the Walton family. Her siblings are Rob Walton, Jim Walton, and the late John Walton. Alice lived a life of privilege and opportunity, which she used to explore a range of hobbies.

Alice attended Bentonville high school from which she graduated with good marks in 1966. She went on to attend Trinity University in San Antonio, Texas. She pursued a degree in finance and economics and secured a BA. Although she studied finance, she focused more on art curation rather than business like the rest of the family.

How did Alice Walton build her net worth?

Alice Walton's spectacular net worth was inherited from her father, the Walmart and Sam's Club founder, upon his passing.

Alice Walton started her work life as a money manager and equity analyst, after which she became a broker for EF Hutton. Alice went on to launch the Llama Company in 1988 which closed just 2 years later. She had her hands in other ventures such as the Northwest Arkansas Regional Airport development serving on the Northwest Arkansas Council.

As is usual for most wealthy people, Alice has cultivated an eye for fine horseflesh. She spends a great portion of her time breeding quality racehorses that are well known for their ability to win races.

Alice took more of an interest in art than in business like her siblings. She spent many years entrenched in the art culture and went on to open her own Museum in 2011. The Crystal Bridges Museum of American was officially launched in Bentonville, Arkansas.

Alice Walton is the only daughter of the co-founder of the Walmart conglomerate. Although her career path led her in a different direction, she still retains joint ownership with her siblings of a large number of Walmart shares. The valuation of those shares goes up and down according to the market. However, she stands to gain half of the total net worth if they were to be sold.

How rich is Alice Walton?

Alice Walton is worth $59 billion, which she inherited from her father along with her mother and three siblings.