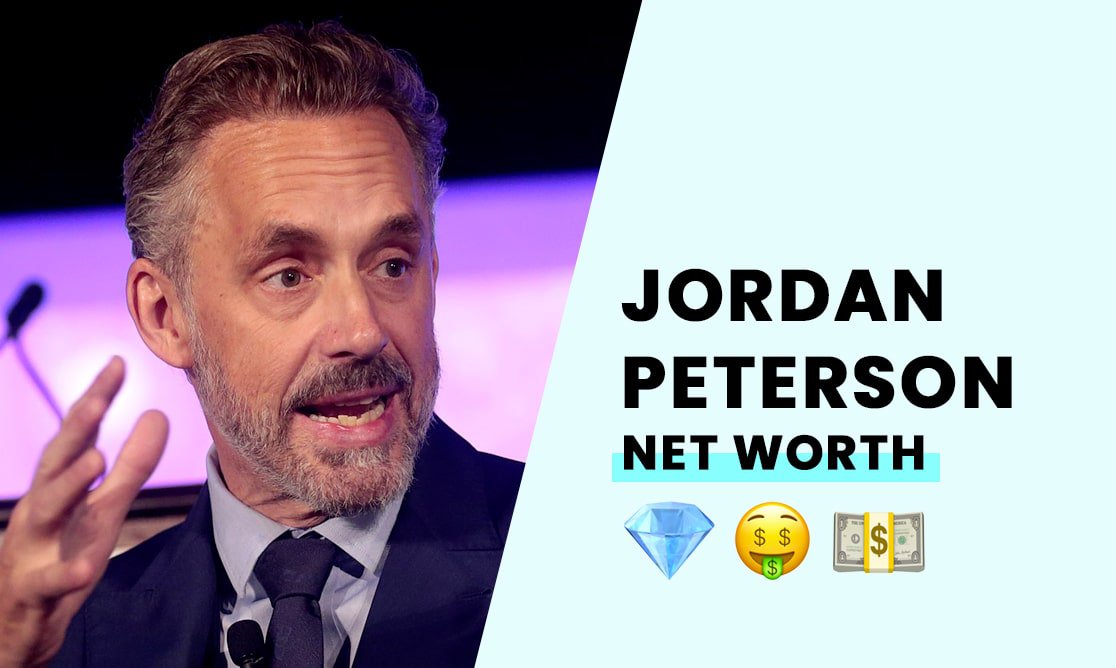 The estimated net worth of Jordan Peterson is $8 million.

He is a Canadian clinical psychologist by trade and is well known for his bestselling books. Jordan also is known for his social commentary on various subjects and for being a respected professor of psychology.

The Early Life of Jordan Peterson

Jordan Peterson was born in 1962, in Edmonton, Alberta. He grew up in a small town called Fairview and is the oldest child of Beverley and Walter Peterson. He has two siblings and his parents both worked in the education sector as a teacher and librarians.

Jordan attended Fairview high school from which he graduated in 1979. His librarian during high school, Sandy Notley, introduced him to a range of authors that set him on his future path. Following graduation, he went on to study political science and English literature at Grande Prairie Regional College. He transferred to the University of Alberta to complete his education and secured his BA in 1982 in the field of political science. Next, he went on to complete his Ph.D. from McGill University in the field of clinical psychology.

How did Jordan Peterson build his net worth?

He has a general net worth of $8 million dollars.

His main sources of income were through Patreon, YouTube, his book royalties, speaking engagements, and his regular salary as a university professor.

While this may be a modest amount compared to other big names in public life, it is worth looking into how he was able to build his wealth, even though money hasn't been his goal.

Dr Peterson taught at Harvard University as an assistant and an associate professor in the psychology department. He remained there from 1993 until 1998. He then returned to Canada and began teaching at the University of Toronto as a full tenured professor. He still holds this position today in addition to his other ventures for which he is known.

He has authored and co-authored hundreds of academic papers of note. In 1999 he wrote his first book, Maps of Meaning. It covered his interpretation of the meaning of history. The title did fairly well and was used in classroom-based lectures on the mythology and psychology field. Further, it was transformed into a TV series that originally aired in 2004.

Dr Peterson will see you now. Throughout the years he has run a moderate clinical practice for clients.

Following the TV debut of his series, he also began to appear on several shows as an essayist and guest panelist. His main appearances on TV started in 2008 up till now. Jordan also has a popular channel on YouTube called JordanPetersonVideos. His channel launched in 2013 and mostly covers his public and university lectures in addition to interviews with various personalities. He has a secondary channel with shorter videos that is less popular but still successful.

Jordan also has several other successful books in print in addition to having an active. In 2016 he started making political commentary, specifically surrounding the Canadian government's Bill C-16.

Major sales came from his books:

Jordan has several habits that he follows to help improve and maintain productivity. In fact, he has several YouTube videos dedicated to teaching others how to get motivated and how to avoid toxic productivity. He's managed to achieve an amazing amount all while battling his own serious well documented health issues.

How rich is Jordan Peterson?

As of the last recorded figures and tabulations in 2021, Jordan Peterson has a net worth of $8 million dollars.