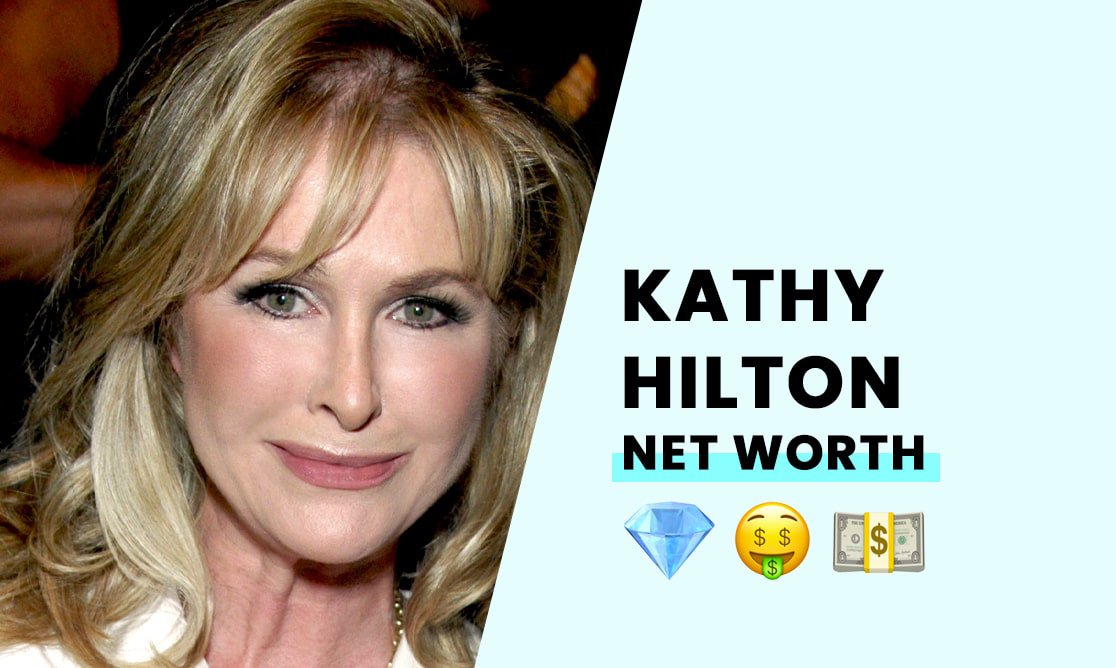 The estimated net worth of Kathy Hilton is $350 million.

Kathy Hilton is an American actor and fashion designer. Her fortune is part of the Hilton estate, and she shares it with her husband, Rick Hilton. The two married in 1979, and Kathy and Rick are the parents of Paris and Nicky Hilton.

Born on March 13, 1959, Kathleen Elizabeth Avanzino is the daughter of Laurance and Kathleen Mary Avanzino. Kathy has Scottish and Irish ancestry, with her parents divorcing when she was young. Kathy's mother remarried Kenneth E. Richards, bearing Kathy's half-sisters, Kyle Richards and Kim Richards.

Kathy attended the prestigious private school Montclair College Preparatory School in Los Angeles. During her time as a student, she befriended Michael Jackson, with the two remaining good friends until Jackson's passing in 2009.

How did Kathy Hilton build her net worth?

Kathy grew up with a passion for acting. She started her career as a child actor at age 9, long before meeting her husband. Kathy appeared in TV shows like "The Rockford Files," "Bewitched," "Nanny and the Professor," "Family Affair," "Happy Days," and more. She also landed roles in the movies "On the Air Live with Captain Midnight" and "The Dark."

Kathy met Richard Hilton when she was 15 and decided to retire from acting. The two would marry when Kathy turned 20 in 1979. During the 80s and 90s, owned a business, "The Staircase on Sunset Plaza" in Los Angeles, which operated as a novelty gift and antique store.

Kathy went on to dabble in appearances on the home-shopping network QVC in 2002, and she hosted the NBC reality TV show, "I Want to Be a Hilton."

Kathy started selling her range of cosmetics and skin care products on the HSN home-shopping network in 2004, and she appeared in a cameo on a 2008 episode of "The Young and the Restless." 2011 saw Kathy appear on her daughter's show, "The World According to Paris."

Hilton's half-sisters, Kyle and Kim Richards, are regular cast members of the hit Bravo show, "The Real Housewives of Beverly Hills." In a 2012 interview, Kathy says that she doesn't have the stamina to watch the show because her sister's behavior breaks her heart."

Kathy got her biggest commercial success in 2012 through the launch of her "Kathy Hilton Collection" of party dresses.

The dresses sell in 400 stores around the United States and the globe. Her retail partners include exclusive stores like Neiman Marcus, Nordstrom, and Saks Fifth Avenue.

Kathy says she enjoys spending time with her husband and her daughters, Paris and Nicky. She says meeting her husband, Richard, was the best thing that ever happened to her in life.

How rich is Kathy Hilton?