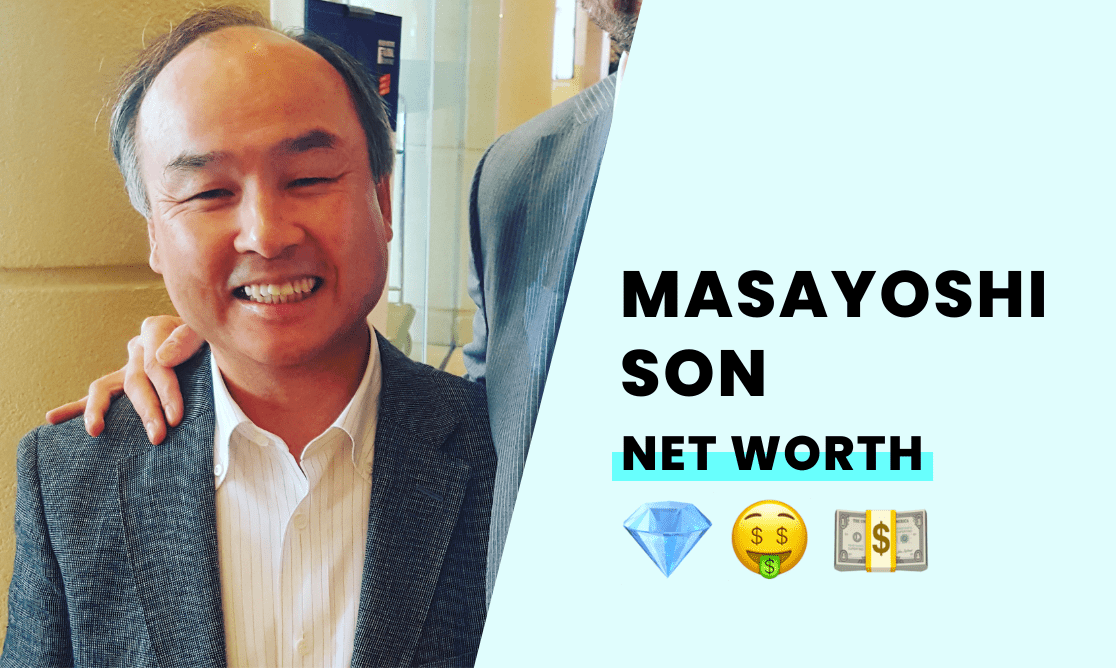 Masayoshi Son's net worth is estimated to be approximately $22 billion.

He is a talented Japanese billionaire with an impressive track record for running businesses and investing big in early stage ventures and staying in the game for decades.

How did Masayoshi Son build his net worth?

In 1981 Masayoshi Son founded the company now known as SoftBank.

Through the company, he has made hundreds if not thousands of investments across several sectors.

Son bought a share of a little known internet company Yahoo! in 1995. As the company grew and became massively popular, Son saw impressive returns which allowed him to live to fight another day.

In 2000, Son invested $20 million dollars in Alibaba Group from China. The ecommerce platform is now one of the world’s largest wholesale platforms.

At one point in 2020, Son’s stake in the company was valued at just over $150 billion dollars.

He also bought a majority share of Sprint in 2010 and currently owns 84% of the company.

Son has invested heavily in the solar power sector and has plans to expand to both India and Saudi Arabia with those projects.

How rich is Masayoshi Son?

Legendary Japanese businessman and investor Masayoshi Son wealth sits around the $22 Billion mark. Like anyone in the billionaire class Son's wealth only needs to make tiny movements to make or lose $100's of millions.

Yes, during the DotCom crash of 1999-2000 Masayoshi's SoftBank had 93% of its market value wiped out over the course of a couple of months – $70 billion of his $78 billion fortune. But he held on and grew his businesses and investments back up again.

What is Masayoshi's connection to Adam Neumann?

Masayoshi started investing billions in Adam Neumann's WeWork in 2016. Once tipped to be valued at $47 billion, WeWork proved to be overly hyped, and couldn't live up to expectations.

Infamously, the party-loving Adam Neumann ran the company (and Masayoshi's investment) onto the rocks through overspending, leading to him being ousted.