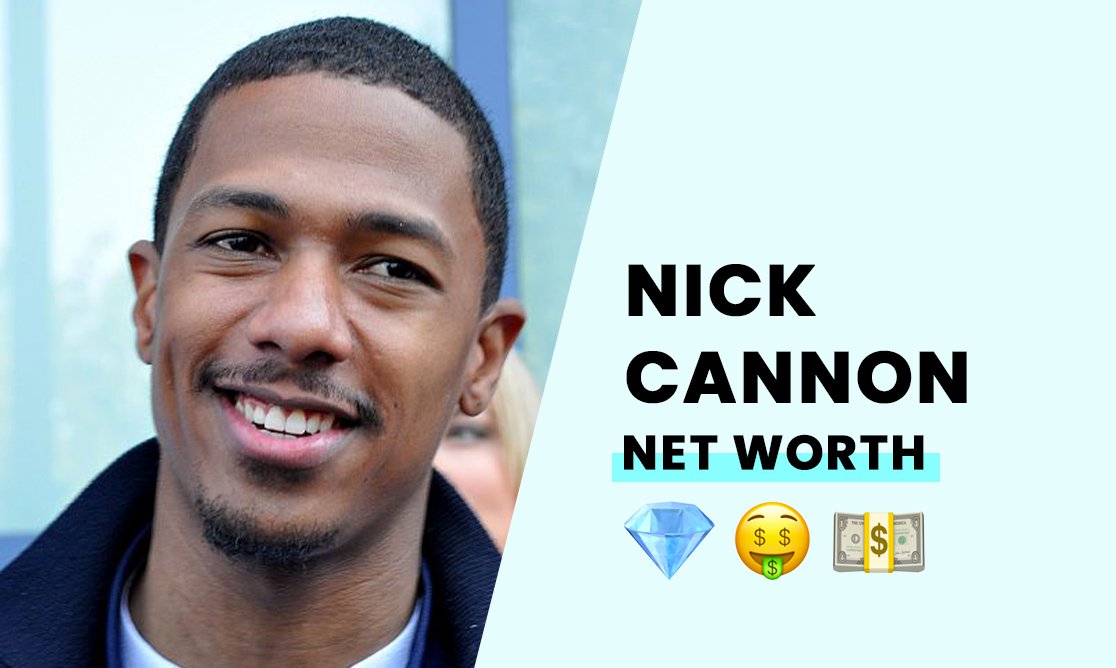 The estimated net worth of Nick Cannon is $30 million.

Nick Cannon is an American TV host and actor. He found success in film, TV, and radio, and he also takes the roles of producer and entrepreneur. He's one of the wealthiest men in entertainment, and he has a huge reputation with fans and his peers.

Born in San Diego, California, on October 8, 1980, Nick Cannon was abandoned by his parents, growing up under the care of his grandfather. Nick spent his youth in Lincoln Park's Bay Vista Housing Projects, and he had a brief stint in the Lincoln Park Bloods street gang when he was a teenager.

However, he left the gangbanger lifestyle after witnessing the murder of a close friend. Nick started acting at the young age of eight years, and he started performing his standup comedy act at age 11 on his grandfather's local cable access television show.

Nick Cannon attended Monte Vista High School, graduating in 1998. He didn't go to college, choosing to pursue a career as a comedian and entertainer instead of furthering his education. While he says he doesn't regret missing out on higher education, he would like to earn a degree at some point in his life.

How did Nick Cannon build his net worth?

After high school, Nick decided to move to Hollywood to chase his dreams of being an internationally-acclaimed standup. Nick landed several regular gigs at the leading comedy venues in California, including The Comedy Store, Laugh Factory, and The Improv.

Nick got his TV debut in the mid-90s, landing a role on "All That," a Nickelodeon sketch comedy show. Cannon also had a brief career as a musician affiliated with the hip hop group "Da G4 Dope Bomb Squad." The act opened for other popular 90s rappers like 98-Degrees, LFO, Will Smith, and Montell Jordan.

Cannon landed his first starring acting role as "Devon Miles" in the 2002 movie "Drumline." In 2003 he featured in the comedy production "Love Don't Cost A Thing." Some of his other roles include parts in the movies "Roll Bounce," "Shall We Dance, and "Bobby."

Nick earned a Screen Actors Guild Award in 2007 for his role of Bobby, honoring him with the "Breakthrough Actor of the Year Award" during the Cannes Film Festival. Nick would go on to feature in the 2015 Spike Lee production, "Chi Raq," and he also produced the successful TV show "Wild & Out," running for four seasons on MTV between 2005 to 2007.

Nick attributes his success to his hard work and his ability to persist through his failures. He got his initial interest in comedy at a young age, and he says his grandfather's support made him think he was funny, pushing him to pursue his career as a standup.

How rich is Nick Cannon?

With a personal wealth of $30 million, Nick Cannon is a successful actor, comedian, and producer. He continues to make movies and tours as a standup comic.