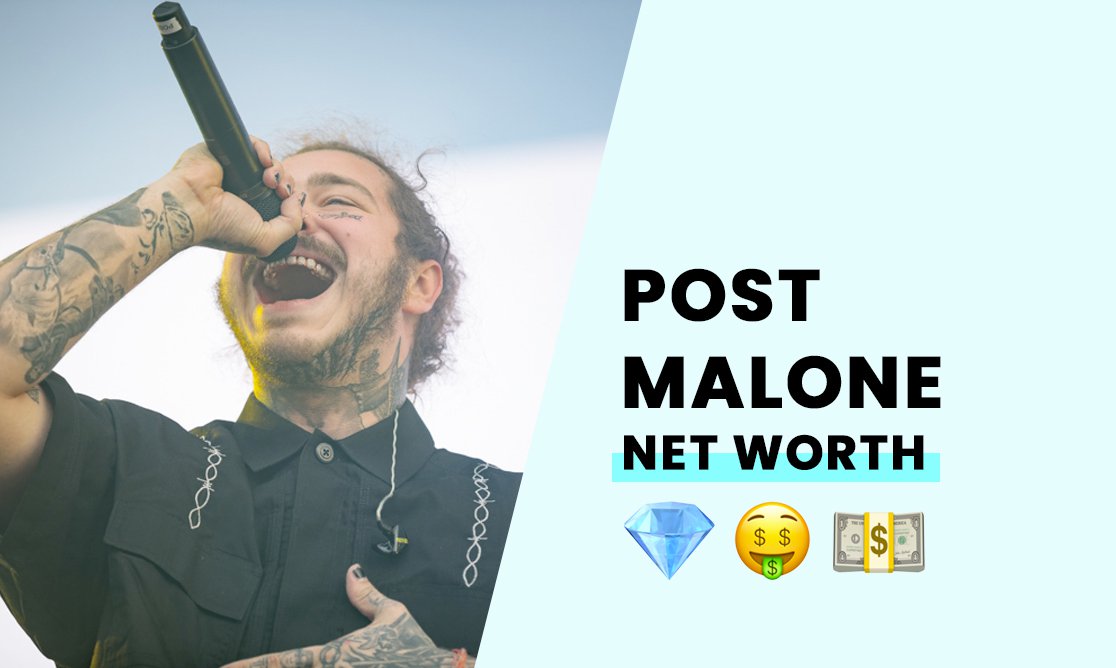 The estimated net worth of Post Malone is $45 million.

Post Malone is an American singer, rapper, songwriter, and producer. He is known as one of the most successful artists to earn fame on the YouTube platform and produces music in various genres, from rock to hip hop and country.

Born on July 4, 1995, in Syracuse, New York, Austin Richard Post grew up in New York, raised by his father and stepmother. His father moved the family to Dallas, Texas, after landing a job as the concessions manager for the Dallas Cowboys.

His father was a DJ during his youth, introducing “Posty” to several different genres of music. Posty started his music career as a guitarist in a heavy metal band, separating from the band to start a solo career at the age of 15.

He chose his stage name, "Post Malone," after inputting his name into a rap name generator. Post Malone would release his first mixtape, "Young and After Them Riches," when he was 16.

After graduating high school, Posty would briefly attend Tarrant County College in Fort Worth, Texas. However, he dropped out to chase a career in music, moving to Los Angeles with his friend, Jason Probst.

Post Malone built his wealth through music, with his first album, "White Inversion," released on the SoundCloud platform in July 2015. The album earned him critical acclaim from peers like Wiz Khalifa and Mac Miller, achieving 1 million views in the first month after release.

The success of White Inversion saw Post earn a record contract, signing to Republic Records in August 2015. Posty started working with high-level names like Kanye West, who he met at Kylie Jenner's 18th birthday party. Kanye and Post collaborated on "Fade," the hit single from Kanye's studio album "The Life of Pablo."

After his single with Kanye, his fame shot to superstardom status, releasing the studio album "Stoney" in 2018. Stoney spent 77 weeks on the charts, breaking Michael Jacksons' record of 76 weeks.

Post earns around $500,000 per concert, and he also has several lucrative endorsement deals.

Post Malone owns a large 12,302 square foot modern compound outside Salt Lake City, Utah worth a cool $3 million. He also owns a fleet of luxury cars including a Bugatti.

Beyond music, the crypto NFT platform Moonpay recently paid Post Malone $750,000 in the crypto via Ethereum to promote their platform on his music video for "One Right Now," featuring the Weeknd.

Post Malone admitted to GQ Magazine that "there's a struggle being a white rapper." He says his success as an artist comes from his authenticity and talking about subjects people can relate to in his music.

He also has a reputation for trashing the hip-hop genre, saying that the top artists in the world don't have anything good to communicate with their use of the artform.

With a fortune of $45 million and climbing, Post Malone is one of the richest recording artists in rap and hip hop, and his net worth continues to climb alongside his career status. Post earns money through record sales, touring, and his YouTube channel.