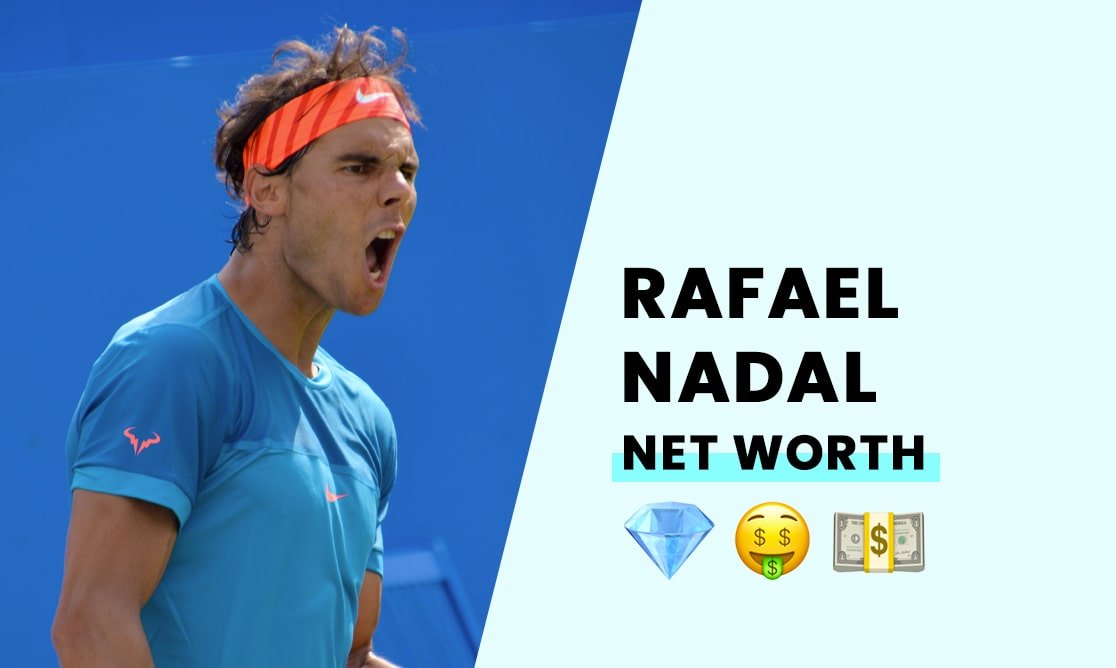 Rafael Nadal's net worth is estimated to be $225 million, cementing him at the top of tennis royalty as one of the richest men in the game.

How did Rafael Nadal build his net worth?

Rafael Nadal is worth approximately US $225 million dollars. His wealth has from career earnings, sponsorship deals, and investments.

To many, he is known as the "King of Clay" and is said to be one of the best tennis players of all time – right up there with Novak Djokovic and Roger Federer. He holds the record for the most wins on a clay surface.

Nadal has taken home over $130 million dollars in prize money during the course of his career.

In fact, for ten years straight, he won a Grand Slam tournament each year.

By the time 2010 rolled around, he was able to secure his career gold slam by winning all 4 of the titles.

His tennis prowess started to wane by 2015, but he still dominated the court when he played.

From 2015 until the present, he continues to bank the wins.

Though he made an incredible amount of money from winning tennis matches, he made as much through shrewd endorsements.

He has been sponsored by Kia since 2006 and also has major brand deals with Nike, Emporio Armani, Lanvin, and Pokerstars.

How rich is Rafael Nadal?

Spanish tennis superstar, Rafael Nadal, is worth more than $225 million.

How much prize money has Rafael Nadal won?

According to the ATP, Rafa has played his way to over US $130 million in career earnings since he started playing professionally in 2001.