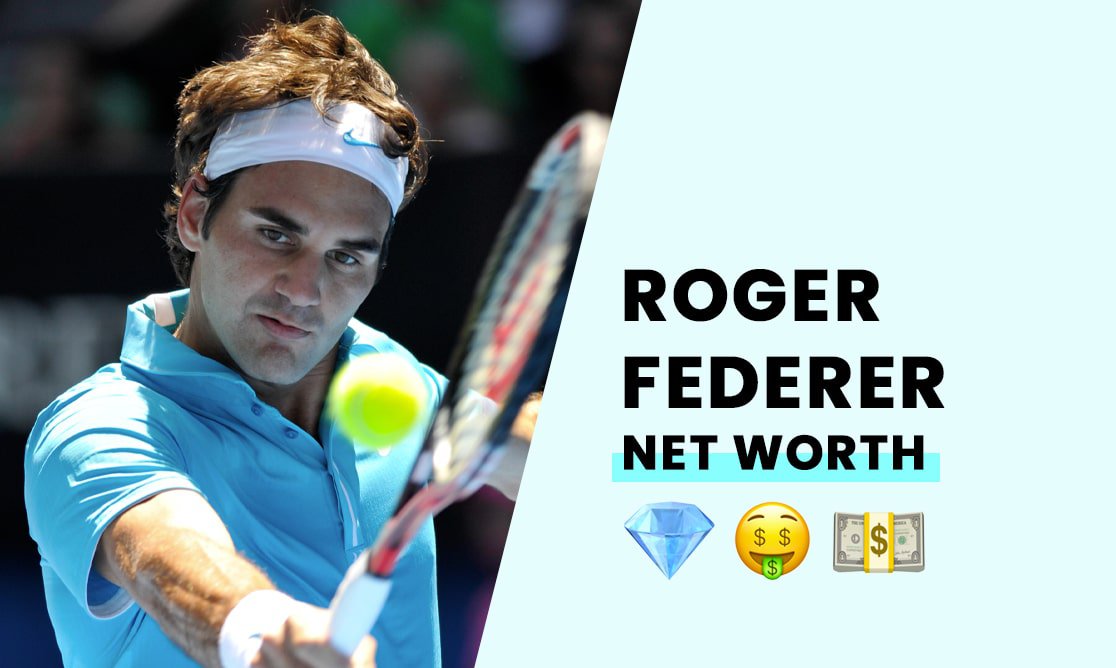 The estimated net worth of Roger Federer is $550 million.

Federer is a Swiss international tennis player and one of the game's greats. He earns up to $70 million yearly in contest winnings and sponsorship deals with leading athletic brands.

Roger has more than $129 million in career earnings. He is the second-highest-earning player in tennis behind Novak Djokovic. Roger earned around $1 billion in endorsements during his career.

Born on August 8th, 1981, in Basel, Switzerland, Roger Federer is the son of Lynette and Robert Federer.

He started playing tennis with his sister at an early age. Roger showed signs he had a talent for the game, joining the Basel junior tennis program at age eight.

By the time he turned ten, he was accepted to attend Switzerland's national tennis training center.

Roger trained there for three years, making a daily four-hour commute to and from the facility. He transferred after the organization built another facility near his home in Biel.

He rose to the top of the junior rankings under the mentorship of Peter Carter. Roger won the Wimbledon Junior singles and doubles tournaments and went on to earn the number one spot on the ITF rankings.

Roger Federer did not have traditional schooling. He attended the Swiss National Tennis Center in Écublens at 16 years old. He earned a high school education and did not go to college.

How did Roger Federer build his net worth?

Roger Federer built his net worth with a combination of career winnings, sponsorship deals, endorsements, and investments.

He is an eight-time Wimbledon champion and a six-time Australian Open winner. He has won the US Open and French Open five times apiece.

Federer has 20 grand slams during his career and is the only men's player to win ten grand slams in a row.

Between 2002 to 2016, Roger appeared among the top eight players in the world for 14 consecutive years.

Federer ranked number one on a list of the most recognizable individuals in Switzerland in 2015, and he is one of the biggest names in men's tennis.

Forbes estimated that his brand endorsements amounted to more than $100 million in 2020 alone.

Roger says he rose to stardom in tennis thanks to his commitment to his training.

He received a lot of support from his father growing up. His dad would drive for two hours to take him to train and another two hours on the return trip home.

Roger says that he also gets support from his wife, Miroslava "Mirka" Federer, a former tennis professional herself. The couple married in 2009.

How rich is Roger Federer?

With a reported fortune of $550 million, Roger Federer is one of the top athletes in tennis, alongside Novak Djokovic and Rafael Nadal.

He earns up to $70 million yearly from competitions winnings and endorsement deals.

Roger Federer lives with his wife, Mirka, in their family home in Wollerau, overlooking Lake Zurich.