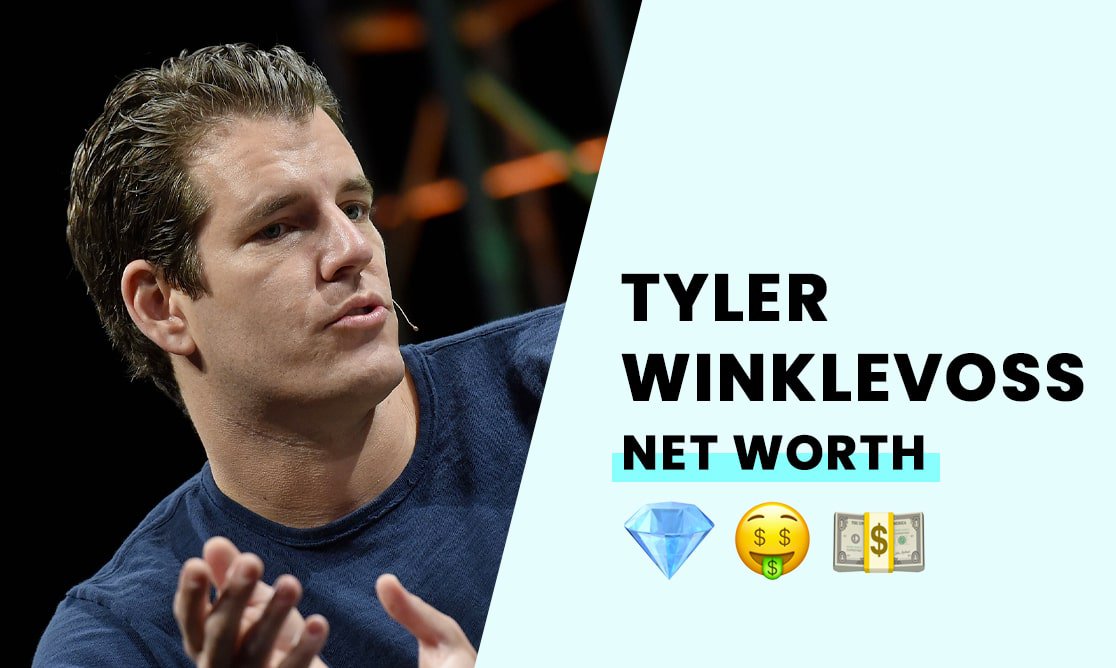 The estimated net worth of Tyler Winklevoss is $3 billion.

Tyler is an American crypto investor and entrepreneur, along with his brother, Cameron.

Tyler and Cameron are media personalities and famous for their battle with Facebook founder Mark Zuckerberg. The twins invested a large percentage of their Facebook settlement into crypto assets, and they were early adopters of Bitcoin before the Bull run in 2013.

Born on August 21st of 1981 in Southampton, New York, Tyler Howard Winklevoss grew up with his brother in the privileged neighborhood of Greenwich, Connecticut.

The boy's father, Howard Winklevoss, is a well-respected mathematician and actuary. Howard published several books and lectured at the Wharton School at the University of Pennsylvania.

The Winklevoss twins attended Greenwich Country Day School, graduating from Brunswick School. Tyler learned to play the violin at age six and studied Greek and Latin at a high school level. He started the crew rowing program with his brother in junior high.

After graduating, the twins enrolled at Harvard in 2000, majoring in economics. Tyler earned his degree, graduating from Harvard in 2004. While attending Harvard, he rowed on the men's varsity crew. In 2009, Winklevoss attended Saïd Business School at the University of Oxford, completing his MBA in 2010.

How did Tyler Winklevoss build his net worth?

The Winklevoss twins began their entrepreneurial career in 2002. The brothers founded their idea for "ConnectU" and "HarvardConnection" while still in college. The twins collaborated with their friend Divya Narendra to get the idea going, but they didn't have the necessary skills to take the platform to a national level.

As a result, they teamed up with Mark Zuckerberg. After Mark stringing the twins along for months with no results, he launched Facebook using the framework from the twin's idea. The twins took Zuckerberg to court and won a settlement from their suit against Zuckerberg.

The 2008 settlement with Zuckerberg included $20 million in cash and $45million in stock for a total settlement value of $65 million. While the twins do hold some of their wealth in Facebook

(Meta) Facebook stock, they made their biggest investment returns through putting a large amount of their wealth into Bitcoin.

The Winklevoss brothers ended up seeing their net worth skyrocket after bitcoin took off in 2014 through to 2016. Then they turned into billionaires during the next bull run ending in 2017. Between 2020 and 2022 saw the twin's wealth explode, and they currently have a huge portfolio of crypto assets, and they own the Gemini crypto exchange.

Tyler and his brother Cameron enjoyed the exposure from the hype surrounding the cryptocurrency bull runs of 2020 and 2021. They say they are fortunate they understood the power of the technology behind Bitcoin and other digital assets, allowing them to get in early.

How rich is Tyler Winklevoss?

With an estimated fortune of $3 billion, Tyler Winklevoss and his brother, Cameron, are two of the most prolific investors in the crypto space. The Twins are well known for their founding of Gemini, and they have a reputation as Bitcoin whales.