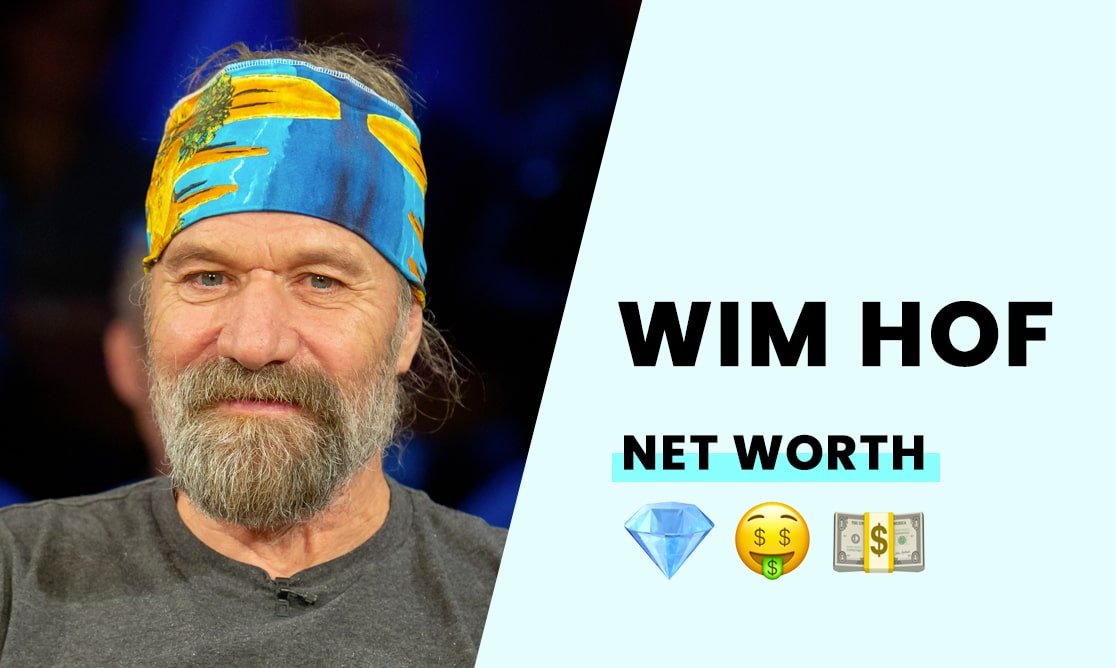 Wim Hof's net worth is estimated at $1-3 million.

How did Wim Hof build his net worth?

Wim Hof built his net worth by capitalizing on his fame as the "Iceman." He is an online coach, YouTube personality, and motivational speaker.

Tragedy struck in 1995 when his wife committed suicide, leaving him with four small children.

Dealing with the emotional turmoil profoundly shaped Hof. He spoke about how he "was completely paralysed" with fear on his BBC show, "Freeze The Fear With Wim Hof," but that he learned how to overcome it. "If you are able, wilfully, to go out of comfort, you get real power – that’s real comfort."

He maintains he "broke" a few records related to blistering cold exposure. The stunts have seen him climbing Everest and Kilimanjaro in shorts, running a half marathon barefoot above the Arctic Circle, and spending more than 112 minutes covered in ice cubes while standing in a container. The last did earn him a Guinness World record entry, but this was broken soon after.

Hof is known as the pioneer of the "Wim Hof Method," a combination of frequent cold exposure, breathing techniques, and meditation which he claims, if followed, will enable people to focus, reduce stress and pain, and sleep better. You can read more about his daily routine here.

His YouTube channel boasts more than 3 million views, which is estimated to earn him a comfortable $180,000 per annum from advertising.

But this income stream does not take into account the revenue he brings in from selling his 10-week video course, "The Wim Hof Method," which interested parties can purchase for $299, and his "Power of the Mind" video course, available for $469. We don't have stats on how many have been sold, but by all accounts, it is popular.

He also has sold out workshops which he advertises on his website. If you do manage to snag a ticket, you could be there with some famous faces. World champion surfer Kelly Slater once passed out doing breathing exercises at one of Hof's retreats!

Wim's son owns a company called Innerfire, alternatively known as "The Hoffice." He pays Wim a monthly salary of $20,000 to be the brand ambassador of the business's Wim Hof-related books, health programs, and merchandise.

I will climb Mount Everest again for a $100 million donation to charity. ~Wim Hof

How has Wim Hof spent his wealth?

Although Wim Hof likes the spotlight, his private life is just that, and we could not find any info on what he spends his money on.

How rich is Wim Hof?

Wim Hof is estimated to be worth $1-3 million.

Is Wim Hof a millionaire?

Yes. Wim Hof is a millionaire thanks to his wildly successful breathing methodology and training retreats.