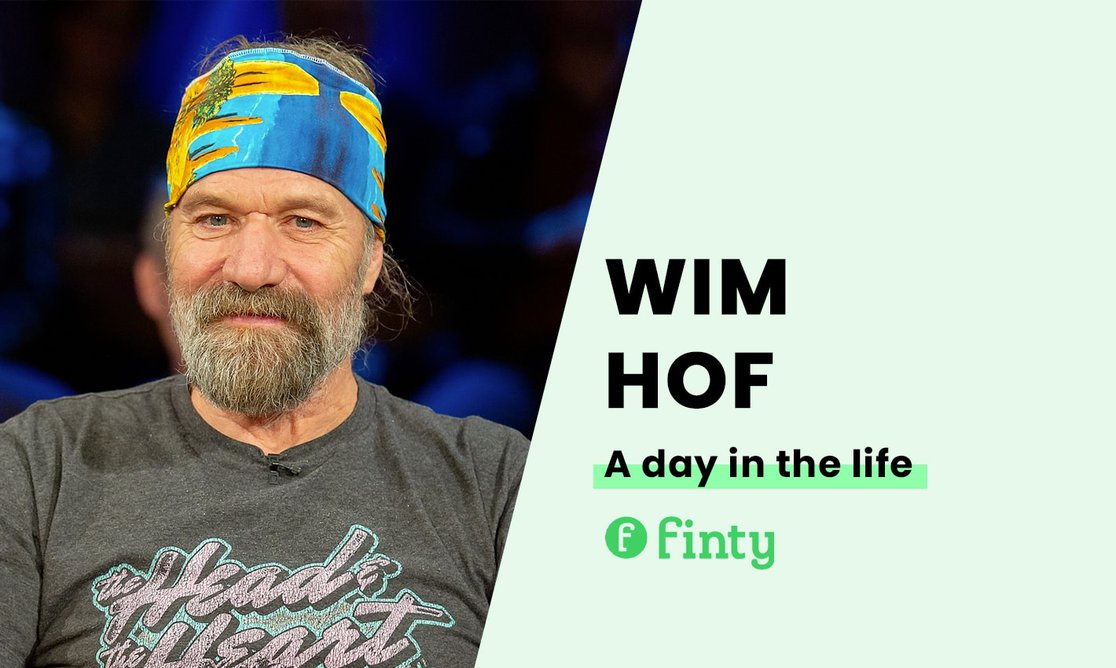 Do you feel like taking an ice bath? Probably not. However, for Wim Hof, better known as "The Iceman", it’s a staple in his daily routine. He has what some might call "superhuman" powers, being able to hold his breath underwater for 6 minutes. An amazing feat, but it is his incredible tolerance of cold temperatures that earned him worldwide acclaim.

Unlike most people, Wim can sit or stand in an ice bath for hours. Most of us would die of hypothermia within half an hour, but not Wim. He relishes it, using the power of breathing and his mind to harness the healing effect of the cold.

At least 20 Guinness World Records bear his name for withstanding the cold. Some of his more notable feats include running a half marathon barefoot in the Arctic circle, as well as climbing Mount Kilimanjaro in nothing but shorts and shoes.

He is the creator of "The Wim Hof Method", which is a system that uses deep breathing and Tibetan Tum-mo meditation to harness the nervous system and mind. Wim trained many celebrities in his method, including the likes of Oprah Winfrey and Joe Rogan.

So, what does the daily routine of the Iceman look like?

As a yoga practitioner, Wim likes to wake up with the sun. He meditates and breathes to clear his mind and body, preparing him for the morning ahead.

After meditating, Wim will stretch and get the blood moving. He'll then move into a session of power breathing before taking a cold shower.

Wim is a big believer in cold showers, and their restorative power. He states that the cold has a positive effect on the nervous system, acting on the Vagus nerve that controls every aspect of your nervous system function and brain activity.

He believes that cold showers are the key to a strong immune system and proved his point in 2014, entering a medical test to show the cold's healing power after injecting himself with the cholera pathogen. He then preceded to beat the infection through his breathing technique. After a day or so, he tested negative for the disease without ever experiencing the pathogen's adverse health effects.

Wim also likes to fast. He rarely eats breakfast, fasting through the day. After finishing his morning routine, Wim will teach students or check on his business, "Inner Fire". He uses coffee to help elongate his fasted state.

He answers emails and questions from his students before taking the afternoon off to connect with nature.

Wim enjoys spending his afternoons in his garden, which is something he has talked about a lot. He likes to keep stress as low as possible during the day, using time outdoor in his garden to regulate his stress levels.

He will spend his afternoon talking to his plants, sipping green tea, and meditating amongst the greenery. He also has a greenhouse where he grows seasonal plants and vegetables.

Wim lives close to a river, and he enjoys taking his ice baths there in the wintertime. He says he feels in touch with nature and God when he bathes in ice water.

It is in this river where his students often experience their first ice because according to him, they last longer on their first ice bath when they have a connection to nature involved in the exercise.

After a day of relaxing in the garden, Wim heads indoors before it gets dark. He'll prepare his evening meal with his wife, Olaya. Both Wim and Olaya are vegetarian, and Wim only eats one meal a day, preferring to stay in a fasted state for at least 16 hours each day.

He eats after 6 pm, and it's usually clean, simple food, like vegetable soup or pasta. During the day, he likes to sip on green tea. He still the occasional beer at night, ice cold, of course.

His evenings are spent stretching, reading, and talking with his wife. On occasion, he might answer some emails or do some work, but he doesn't enjoy staring at screens at night.

Bedtime is around 10 pm and before he turns in, he'll meditate on the day and visualize the following day's events.