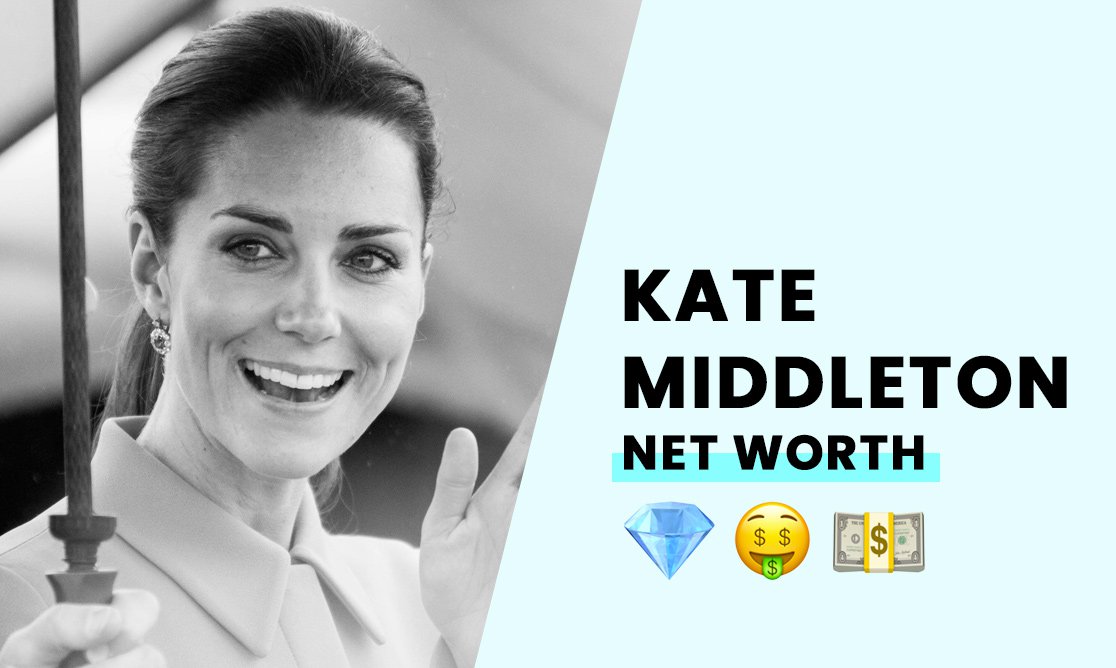 The estimated net worth of Kate Middleton, Duchess of Cambridge, is $13 million.

Kate is best known as being the wife of Prince William. Sister-in-law to Meghan Markle and Prince Harry. Daughter-in-law to Prince Charles and Camilla.

As the Duchess of Cambridge, her personal net worth has increased significantly since her marriage. Prior to her title, she had a net worth of around $2 million.

The Early Life of Kate Middleton

Kate was born in 1982 in Reading, England. She grew up with two siblings in a higher middle-class family. Her mother, Carole Middleton, had a very successful business that sold party supplies which afforded them a lifestyle of comfort and privilege.

Catherine Elizabeth Middleton attended St. Andrew's School as a child and then moved into a boarding school as she aged. She attended Downe House School first which was followed by Marlborough College. Her college years were spent at the University of St. Andrews in Scotland.

How did Kate Middleton build her net worth?

She is worth around $13 million. Though a modest personal net worth by itself, it is worth knowing exactly how she came into her fortune.

Kate started out working in the fashion industry,, which makes a certain amount of sense considering her impeccable style. Although the family company belongs to her mother, she and her siblings receive a moderate allowance from its dividends. As of 2011, the company was valued at $45 million dollars. The Middleton family also had a long line of trust funds set up for each person in the line. Kate worked at the fashion retailer Jigsaw as a procurer of jewelry from 2006 to 2007. She then went to work in her mother’s business Party Pieces in 2011.

Although her marriage to the prince has taken her out of the regular workforce, she is still very much an active part of the same workforce. She is paid a stipend for attending events on behalf of the Palace. Those funds come from the Queen's private coffers, and a small portion is covered by public funding.

With her trust fund, money from the family business, and a moderate income from the palace, she has been able to make smart investments and grow her personal net worth over time. Her expenses are also mainly covered by the Palace which further allows her to increase her personal wealth.

Kate starts her day around 6am every morning. Early risers are able to get the most out of the day, it is a routine that she has followed since moving in with the Royal Family. She always says that spending quality time with the family is as important as public duties.

Kate makes a point to set aside time to take care of feeding, school drop-offs, and even shopping on her own. Sticking to a set schedule is her way of maintaining productivity.

How rich is Kate Middleton?

Kate Middleton has amassed a net worth of $13 million. Her parent's company still pays out dividends which helps raise her net worth.