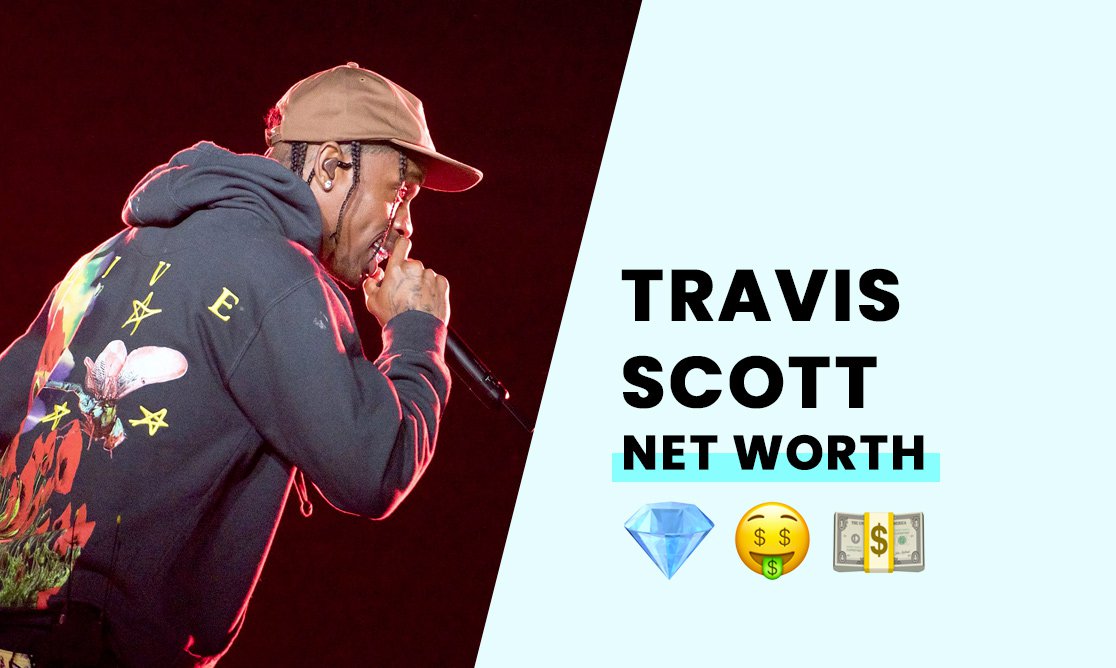 The estimated net worth of Travis Scott is $60 million.

Travis Scott is an American rapper, songwriter, and producer. He's one of the highest-paid rappers in the world, with a huge following on social media. The rapper also garnered fame from his relationship with Kylie Jenner of "Keeping up with the Kardashians" notoriety.

Born on April 30, 1991, in Houston, Texas, Jacques Berman Webster II spent his childhood under the care of his grandmother until he was six. The rapper grew up in the high-crime area of South Park, Houston.

After turning six, the rapper went to live with his parents in the middle-class suburb of Missouri City, southwest of Houston.

Travis Scott graduated from Elkins High School in 2007. He enrolled at the University of Texas, San Antonio, dropping in his sophomore year to chase a career as a musician.

How did Travis Scott build his net worth?

Travis Scott built his fortune through music. The rapper's first mixtape, "Owl Pharaoh," was released in 2013 after the rapper cleared up some copyright problems with samples in the album. The album debuted in the iTunes store and was a smashing success for the rapper.

He continued to perform and record, landing a gig at the South by Southwest (SXSW) music festival in 2014. The rapper released his second mixtape, "Days Before Rodeo," in late 2014, garnering an industry reputation. As a result, the rapper signed with Grand Hustle and Epic Records, releasing his first studio album, "Rodeo," in September 2015.

The album was an instant success, featuring collaborations with leading artists like Kanye West, The Weeknd, Quavo, Juicy J, and Justin Bieber. The album debuted at #3 on the Billboard 200 chart, and the artist followed up in its success with the release of his second studio album, "Birds in the Trap Sing McKnight," released in 2016.

"Birds in the Trap Sing McKnight" went on to top the Billboard 200. After the album's successful release, Scott signed with Universal Music Publishing Group. Scott won the "People's Champ" award at the 2016 BET Hip Hop Awards.

He also won the "Top Streaming Song" award in 2019 at the Billboard Music Awards for his track, "Sicko Mode." Scott also received a Grammy nomination in 2017 after featuring on Justin Bieber's album, "Purpose."

The artist also received several nominations at the 2018 and 2019 Grammys, but he didn't come away with any awards. Travis Scott released his documentary, "Look Mom I Can Fly," on Netflix in 2019. The rapper also has a sponsorship with Nike, and he's the brand voice for the "VaporMax" sneaker range.

Travis believes he owes his career to hard work, mixed with a touch of fate and luck.

The artist likes to keep himself busy, working on his music while collaborating with some of the biggest names in the industry.

How rich is Travis Scott?

With a fortune of $60 million, Travis Scott is one of the biggest stars in rap music, and he has a successful career as a producer and documentary filmmaker.

Is Travis Scott a millionaire?

Travis Scott is a millionaire with an estimated net worth of $60 million.

Is Travis Scott a billionaire?

Travis Scott is still only a millionaire.

As far we can tell Travis Scott never needed to file for bankruptcy.

Travis Scott's wealth came as a result of his own hustle. He was not born rich.