How does Snapchat make money? 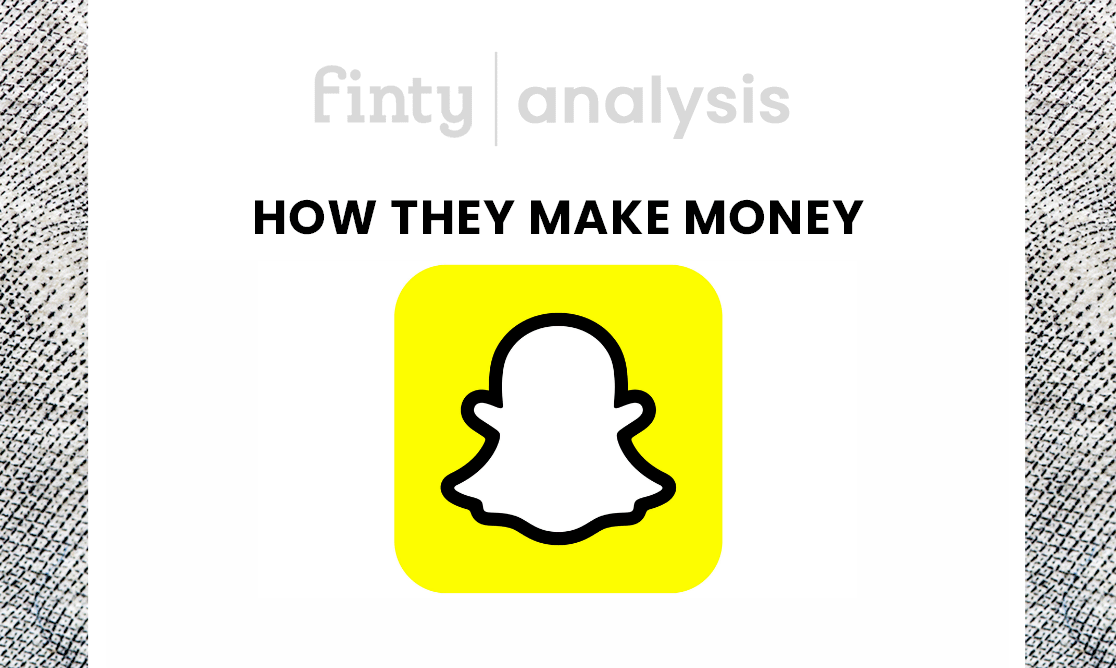 Reggie Brown, Evan Spiegel, and Bobby Murphy founded Snapchat in 2011, with headquarters in San Mateo, California. The company famously turned down a $3 billion offer from Facebook in 2013, choosing to remain independent.

By December 2012, the platform saw users making more than 50 million "snaps" per day, paving the way for massive user growth. Snapchat's parent company, Snap, was listed on the NYSE in 2017, with an opening share price of $17, under the ticker $SNAP.

What does Snapchat do?

Snapchat is a social media app allowing its users to take "snaps," which are short videos. The user shares their snaps with their followers and friends before the Snap disappears from the user's profile after 24-hours. The concept of disappearing snaps made the platform unique from other social media sites that store the user's content on its servers forever.

Users can delete their snaps at any time, encouraging natural interactions between its users. Snapchat targets a youthful audience, with its key demographic being people under 25-years old. It's primary demographic is teenage girls.

It's well known for integrating AR (Augmented Reality) tech into its offering. Users can choose from various AR personas to add to their snaps, such as bunny ears and animal faces. Its AR feature was the primary driver of growth in its target market.

How does Snapchat work?

Snapchat operates a mobile platform where users can create snaps that they share with their friends and followers. The company uses an in-app advertising model to generate income for its parent company, SNAP.

Snap is a visual platform, allowing users to take photos and videos, and it also offers a chat module. The app is free to download and available for Android and iOS users. It also has a semi-functional desktop application.

Snapchat is free to use, and the company doesn't have a premium model where it charges users for accessing the platform. Instead, it relies almost solely on advertising revenue to fund its operations. Users can access their friend's "stories" for 24-hours after posting a snap. When the 24-hour period expires, the platform automatically deletes the Snap.

The discover feature in the app lets users search for related videos and content on the site from their favorite creators. These features drive huge amounts of user engagement to the platform, which Snapchat monetizes through its advertising model, including Snap Ads and Snap AR Ads.

The snap ads model allows advertisers to create similar story-style video ads, leaving a link for users to click through to the advertiser's site. Snap receives income every time a user clicks on an advertisement on its platform.

Advertising revenue accounts for more than 99% of its earnings.

The small remainder is the sale of smart glasses, allowing users to make video snaps on the go without using their mobile devices.

In 2021, Snapchat shocked investors by posting revenues of over $4 billion, but the company incurred losses of more than $700-million.

As a result, Snapchat remains unprofitable. However, losses get smaller each financial year, and investors expect the company to reach profitable status by 2025 with its current trajectory.

Snapchat saw massive user growth by taking on large amounts of debt to fund its development and operations.

The company is not profitable.

While it has "unicorn status" among Silicon Valley startups, investors are wary that the platform will ever be profitable.

Some investors believe the only way the company will turn profitable is through an acquisition by a leading tech giant.

However, considering the company turned down the Facebook acquisition, it remains to be seen if they will adopt this strategy in the future.

Snapchat competes with other leading social media platforms for market share. Some of its top competitors include the following tech companies.