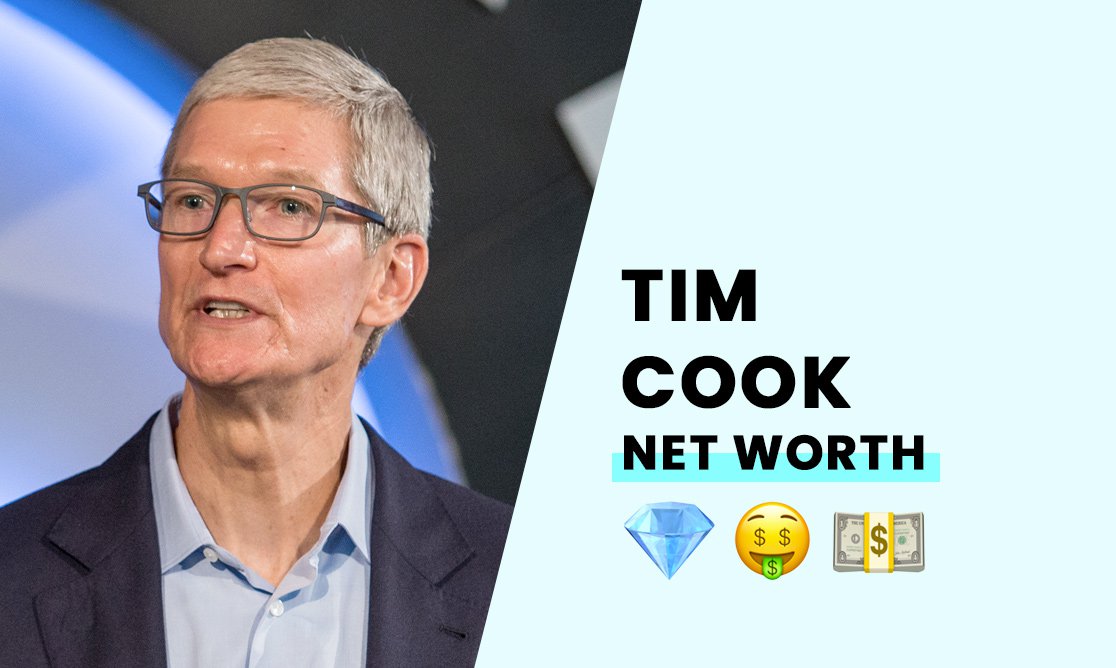 The estimated net worth of Tim Cook is $1.7 billion.

Cook has been Apple's CEO since the passing of the late Steve Jobs. In Q4 2021, he received the fourth tranche in his pay deal signed nearly a decade ago.

The execution of his 5 million share rights grossed him around $750 million at the time. Cook is a member of "The Giving Pledge" alongside other billionaires and luminaries such as Warren Buffet, Elon Musk, Bill Gates, Mark Zuckerberg, and George Lucas, and intends to give away most of his wealth during his lifetime. Cook has already donated millions of dollars to charities.

Born in Mobile, Alabama, United States, Tim Cook grew up in a Baptist Family in Robertsdale. His father, Donald Cook, was a shipbuilder, and his mother, Geraldine, was a pharmacist. Tim would hide the fact that he was gay throughout most of his adult life due to his strict religious upbringing.

After he graduated from Auburn University, Tim Cook spent 12 years at IBM, working in the company's personal computer business. He worked his way up to director of North American fulfillment with the company while earning his MBA from Duke University in 1988 as a Fuqua Scholar.

How did Tim Cook build his net worth?

Tim also served as CEO of the computer reseller division of Intelligent Electronics. In 1997, Compaq named Tim as its vice president for corporate materials. He held the position for six months before leaving to work with Steve Jobs.

Jobs asked Cook to join him at Apple in 1998, and Tim says he never looked back on his decision once. In August 2011, Steve Jobs announced his retirement from the board of Apple due to his worsening condition.

He announced Tim Cook as his successor in the CEO position. Jobs died six weeks later due to complications with pancreatic cancer.

Time included Tim on the cover of its "100 Most Influential People in the World" list in 2012. Tim believes in Apple's future, and he is famous for challenging Apple investors to get out of the stock in 2014.

During his time with the firm, Tim is known for "weeding out" personality types in management that he feels are disagreeable with his vision. Some older Apple execs think that Jobs used to keep these disagreeable people around to inspire innovation at the firm, something some experts say Apple lacked in its recent product development.

Part of Tim Cook’s net worth is tied up in his real estate. He bought a $10.1 million mansion in La Quinta's Madison Club near Palm Springs.

Tim believes in surrounding himself with like-minded people and a rigorous daily routine involving getting up early in the morning. While some industry experts suggest that this approach to his management style stifles innovation, others support it.

However, Tim took the company to its trillion-dollar valuation, and he'll still be there when Apple gets its $3 trillion valuation.

How rich is Tim Cook?

With a reported wealth of $1.7 billion, Tim Cook is one of the richest CEOs in the world and a titan of tech. He lives in Silicon Valley and works at the Apple Campus.