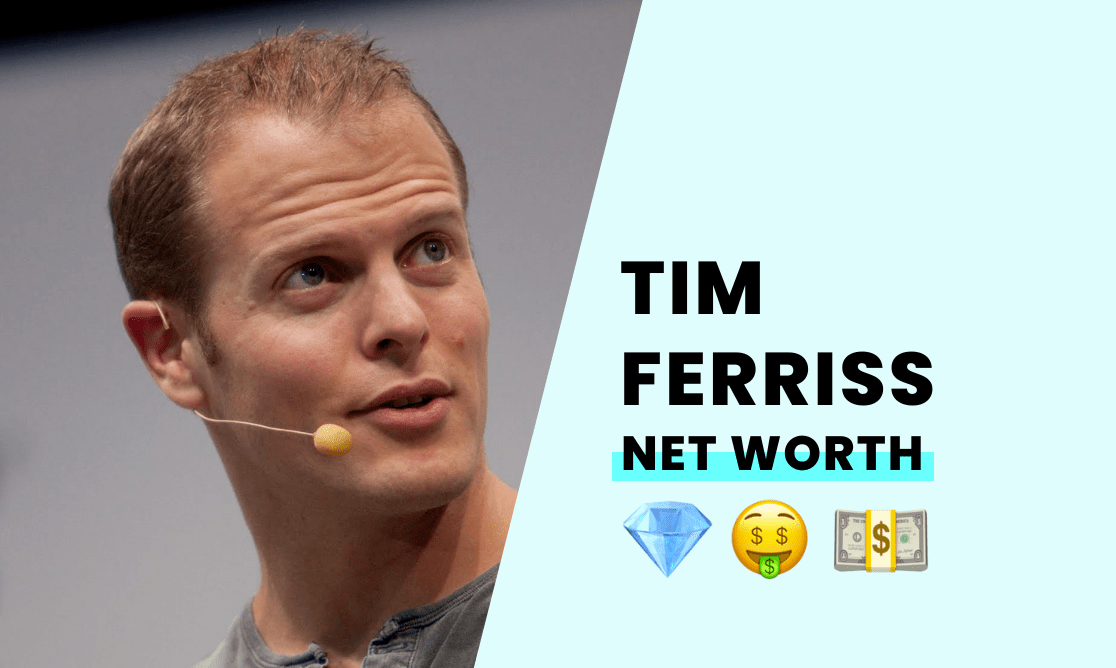 How did Tim Ferriss build his net worth?

Tim Ferriss built his net worth through his skills as an innovative entrepreneur, a public speaker, and a talent for writing best-selling books.

So how did Ferriss, with an academic background in east Asian studies and experience working as a consultant for Silicon Valley-based technology companies, reach this summit of wealth?

Well, he has authored several New York Times best-selling books. "The 4-Hour Week," which has sold over 2.1 million copies in 40+ languages, is a staple in the reading list of entrepreneurs worldwide. He followed this up with "The 4-Hour Body" in 2010, giving the reader an insight into Ferriss' enthusiasm for biohacking.

He hosts the award-winning "The Tim Ferriss Show” podcast, where he is joined by other well-known internet influencers and thinkers, including the likes of Joe Rogan, Andrew Huberman, Jordan Peterson, Niall Ferguson, Jocko Willink, and Brian Armstrong.

It costs sponsors $47,500 per episode for a slot on his podcast, and at two sponsorships per episode, well, you do the math.

But the value is not just the size of his social following. It's who they are. Ferriss appeals to affluent early adopters, the type of person aligned with the D2C brands he partners with.

Tim Ferriss regularly gets invited to impart his wisdom at prestigious speaking platforms like the TED conferences, Klaus Schwab's controversial World Economic Forum, and the World Domination Summit. He also contributes to Forbes Magazine and the Huffington Post, often writing about what he is best know for: optimizing his time.

Although a sizable chunk of his wealth probably comes from book royalties, Ferriss’ moneyspinner is his successful investments in high-net-worth companies such as Alibaba, Twitter, Uber, Facebook, and a plethora of others.

He is the founder of BrainQUICKEN, an internet-based nutritional supplements business which he then sold to a London-based private equity firm as BodyQUICK in 2010. No details are available regarding the selling price.

A recession is very bad for publicly traded companies, but it's the best time for startups. When you have massive layoffs, there's more competition for available jobs, which means that an entrepreneur can hire freelancers at a lower cost. ~Tim Ferriss

How has Tim Ferriss spent his wealth?

Ferriss is a minimalist and seems to avoid frivolous spending. For example, in 2014 he tweeted that he was considering ditching his car as it was cheaper to rely on Uber and Zipcar by the time you factor in parking, gas, and insurance.

A pretty modest and unassuming entrepreneurial genius is our assessment of this charismatic man who marches to the beat of his drum.

How rich is Tim Ferriss?

Tim Ferriss's net worth ranges from $50 million to $100 million.

Is Tim Ferriss a millionaire?

Yes, Tim Ferris is a millionaire.

How much did Tim Ferriss make from The 4-Hour Work Week?

It has reportedly sold over 2.1 million copies, but it is unknown how much he brought in from royalties.