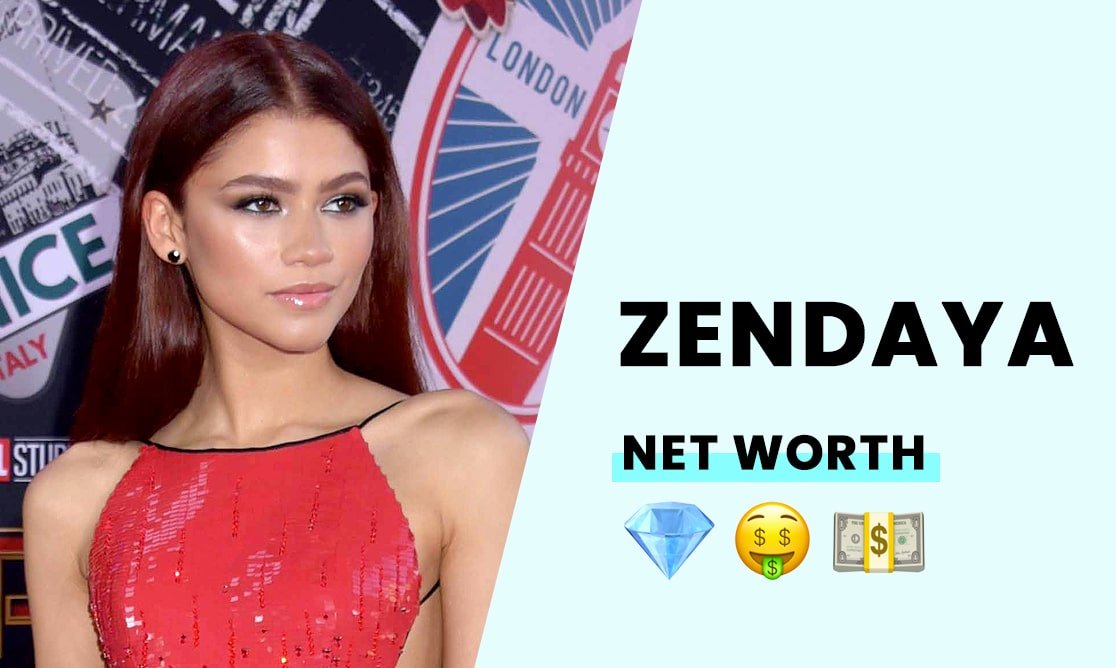 Zendaya's net worth is estimated at approximately $15 - $20 million.

Zendaya Coleman was born in Oakland, California on September 1, 1996. Her parents are Claire and Kazembe Coleman, both of whom are teachers.

Zendaya attended Fruitvale Elementary School, where her mother worked as a teacher. She then went to Oak Park Independent School in Oak Park, California, where she was able to pursue her education and develop her acting and singing skills. She graduated in 2015.

Zendaya is the youngest of six children and was raised in Los Angeles.

How did Zendaya build her net worth?

Zendaya began her career as a child model and backup dancer. She made her TV debut on the Disney Channel in the show "Shake It Up," where she played the part of Rocky Blue. At the time, she was 14. It has never been revealed how much she was paid for that role, nor for staring in "K.C. Undercover."

It is believed that her first financial break came when she received $284,000 for her part in the Disney Film "Frenemies." Her role as MJ in the film "Spider-Man: Homecoming" set her on the path to earning big from movies. According to IMDbPro, the movies she starred in have grossed more than $3 billion at the box office.

Even as a voice actor, she earns big. Her voicing the character of Lola Bunny for "Space Jam: Legacy" saw her being paid a significant percentage of the film's $161 million budget.

This success was quickly followed by playing Rue Bennett in HBO's "Euphoria," for which she is rumored to have been paid an astonishing $500,000 per episode.

Like other celebrities, Zendaya has monetized her presence on social media. She can charge tens of thousands of dollars for a single post. Other celebrity influencers that make bank from social media include Selena Gomez and Kylie Jenner.

Zendaya has always been a talented singer, as evidenced in her roles in "The Greatest Showman" and the animated musical "Smallfoot."

A single from "The Greatest Showman" reached the top 20 and went platinum in several countries, but it is unknown how much of the royalties for this single Zendaya received.

In 2011, she released her single "Swag it Out" and later in the year, "Watch Me." In 2012, Hollywood Records signed her, and she has had moderate success. Her first single for them made the top 40 on the US Billboard Hot 100. Her debut album, "Zendaya," was critically acclaimed.

Between 2012 and 2014, Zendaya played 29 concerts, mainly as a part of music festivals. Live performances are a source of wealth for many performance artists such as Ariana Grande, Celine Dion, Taylor Swift, and ex-Disney stars like Vanessa Hudgens.

In 2017, Zendaya bought a home worth $1.4 million in Northridge, California. Property values in the area have risen substantially since she purchased it. She also bought a 5,000-square-foot house in Encino, California, for $4 million.

Zendaya has always been interested in making her money work for her. In 2016, she turned her passion for fashion into a business by launching her "Daya by Zendaya" fashion brand. She has also collaborated with Tommy Hilfiger and Boohoo.

Since 2013, Zandaya has represented several businesses, including Beats Electronics, Material Girl, CoverGirl, X-Out, and Chi Hair Care. She is also a brand ambassador and co-designer for Tommy Hilfiger and the global brand ambassador of Glaceau SmartWater.

How does Zendaya spend her money?

Zendaya loves fashion. In 2018, Zendaya was ranked one of the best-dressed women by the fashion website Net-a-Porter. Naturally, she is often offered clothes to wear but spends quite a bit on making sure she always looks good. For example, in 2016, she was photographed carrying a Velvet Cahier Bag by Prada, which cost about $3,880.

Often, she finishes off her outfits by adding beautiful jewelry. For the 65th BFI London Film Festival, she wore a pair of 53.58-carat diamond earrings created by Moussaieff Jewellers worth tens of thousands.

She has also spent quite a bit on real estate. She owns at least two properties — one in Northridge, California, and the other in Encino, California — for which she spent a combined figure of $5.4 million.

This young actress, singer, and entrepreneur has a passion for cars. She owns at least 5 luxury cars, including a Mercedes E-Class that cost $64,950 and two Lexus' that cost around $50,000 each.

How rich is Zendaya?

How much did Zendaya make per episode of Euphoria?

Zendaya was probably euphoric about making $50,000 per episode of "Euphoria."

How much did Zendaya make from Spider-Man?

On top of her base rate, Zendaya was paid $10 million in bonuses for her role as MJ in "Spider-Man: No Way Home."

How much did Zendaya get paid for Dune?

Despite her brief appearance, it's estimated that Zendaya made $300,000 for her part in "Dune."

How much did Zendaya get paid for The Greatest Showman?

It is not known how much she made from her part in "The Greatest Showman."